Jim Langevin (D) Congressman from Rhode Island has expressed concern over the delay in selecting a cybersecurity “czar”. Speculation on who will be appointed to the position has resumed since Melissa Hathaway, acting senior director of Cybersecurity under the White House National Security Council, has announced her resignation. She was being considered for the permanent role. 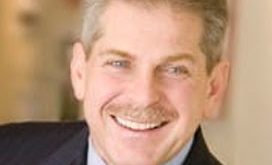 CertiPath Names Jack Johnson as Advisor to Board of Directors; Jeff Nigriny Quoted

CertiPath has appointed Jack Johnson, Jr. as advisor to CertiPath’s Board of Directors, effective immediately, bringing more than 30 years of industry experience to the company, CertiPath reported on Tuesday.