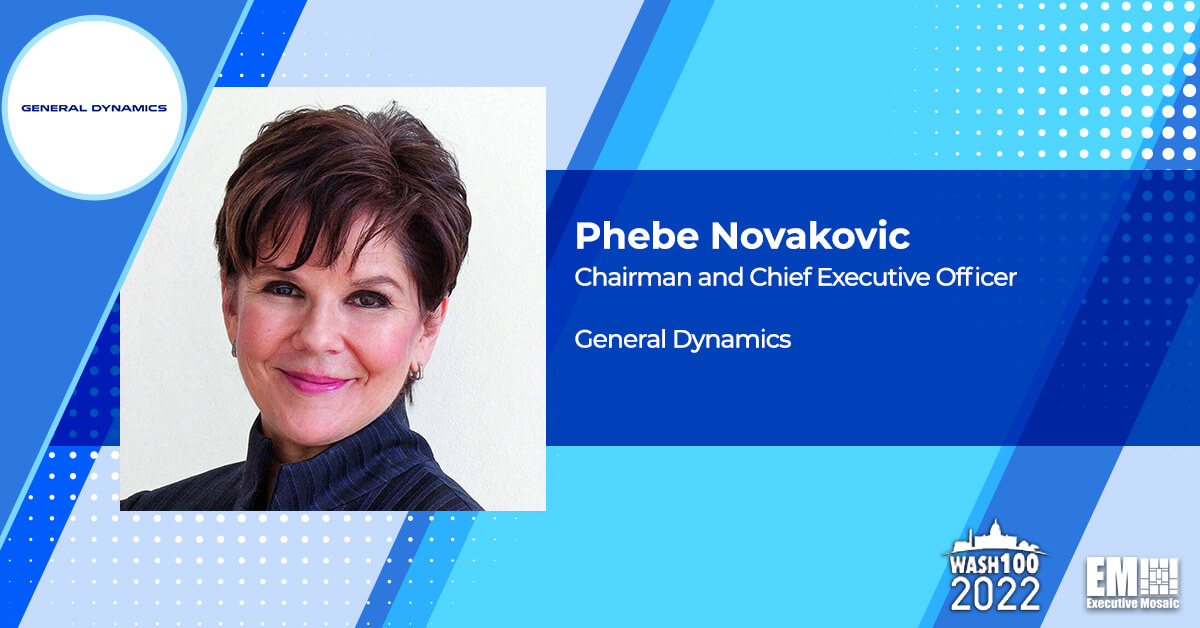 The aerospace and defense contractor said Wednesday diluted earnings for the three-month period came in at $3.26 per share, up from $3.07 per share a year earlier, and revenue climbed 4.3 percent YOY to $10 billion.

The eight-time Wash100 Award recipient forecasts the supply chain landscape to remain a potential challenge in the fourth quarter.

Aerospace segment revenue went up 13.6 percent year over year $2.35 billion, owing to strong interest in Gulfstream aircraft and services. The segment aims to deliver around 40 to 41 aircraft in the next quarter.

Sales in the marine systems and combat systems grew to $2.77 billion and $1.79 billion, respectively, from $2.64 billion and $1.75 billion in the year-ago period. The marine business has displayed quarterly revenue growth over the last 20 quarters.

Total backlog at the end of the quarter stood at $125.8 billion, with around $37 billion coming from unexercised contract options and indefinite-delivery/indefinite-quantity awards.