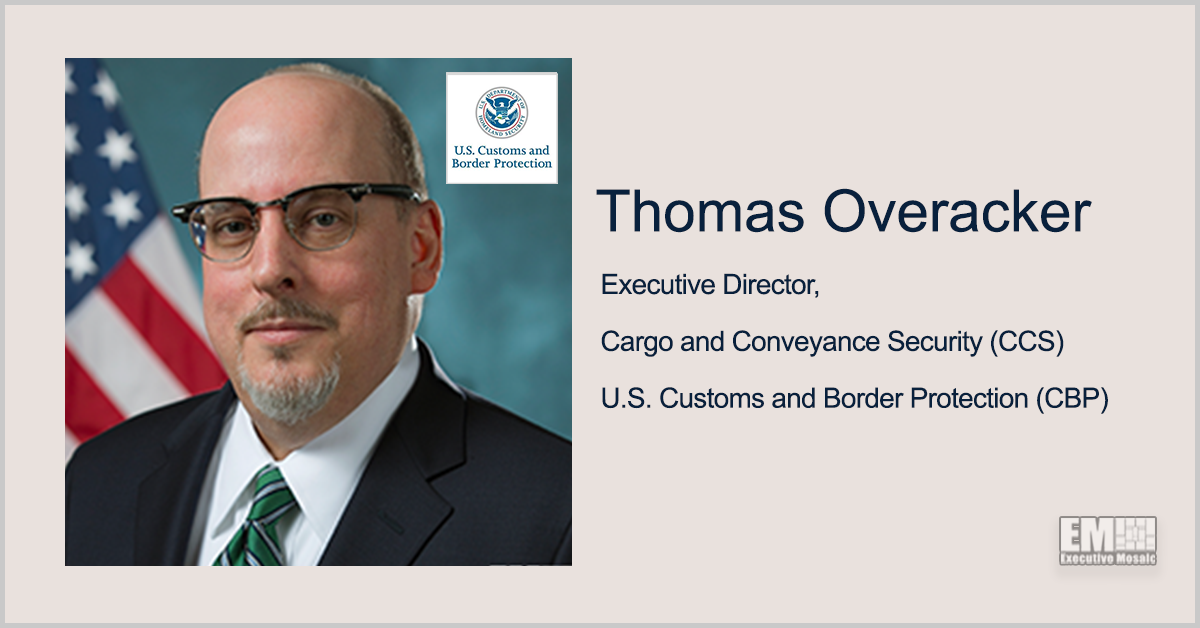 The U.S. Customs and Border Protection is developing a “port of the future” design that leverages advanced technology to increase efficiency and combat illegal trafficking at multiple ports of entry along the United States’ Southern border.

Thomas Overacker, executive director of cargo and conveyance security for CBP, said the initiative began in 2016 when leaders from Donna, Texas, approached the agency about designing and building a new cargo facility along the Rio Grande river.

“We basically had the opportunity to take a blank piece of paper and map out what a port should look like – not based on what we did in the past, but what we wanted to do in the future,” Overacker explained in a keynote address during the 2022 Border Protection Innovations and Technology Forum hosted by the Potomac Officers Club.

Drive-through scanning technology, Overacker said, is one of the main pillars of the new port concept. CBP is testing the use of scanning equipment “well ahead” of the primary booth where trucks normally arrive for inspection.

This pre-scan process keeps the trucks moving and accelerates the “stream of commerce,” unlike the inspection process currently in place across the country’s ports of entry. The agency’s new approach to scanning also has the potential to address supply chain issues.

Overacker shared that in Brownsville, Texas, where a working prototype of this system is currently being used to pre-scan trucks, drivers have expressed that they are now being able to complete more trips per day due to the increased efficiency that the scanning technology injects into the normally tedious process.

Another concept integral to the “port of the future” is CBP’s integration with other technologies that are already being used in other facets of operations at the border.

Every commercial truck that crosses the border must have a radio frequency identification, or RFID, tag that is used to identify whether or not a truck driver has paid the user fee necessary to cross the border.

Using the RFID data prior to the primary booth, CBP can more quickly and efficiently identify the cab that’s approaching and the cargo it is carrying while biometric facial recognition technology can be used to verify the immigration status of the driver.

With all of these technologies working in tandem to optimize operations, CBP estimates that it will be able to scan up to 90 percent of all trucks coming across the border, which represents a drastic increase from the 16 to 17 percent of trucks the agency is currently able to scan.

Highlighting the importance of this development, Overacker said, “94 percent of the seizures of contraband that we encounter are basically attributed to our ability to scan using X-ray technology.”

“By increasing the overall scanning rates, we’ll be able to intercept more contraband, and hopefully what we’ll be able to do is disrupt what the drug trafficking organizations are doing now and force them to find other, more difficult ways to bring deadly drugs into our country,” he stated.

CBP’s new vision for the United States’ ports of entry is anticipated to launch operationally within the next two years.

“It’s absolutely critical for us to be as efficient as possible, to be as forward-leaning as possible and to try to apply technology in the best way possible so that we can facilitate legitimate trade and legitimate travel while at the same time, making certain that we protect the American people and protect the border,” Overacker shared in closing.

During his Q&A session, Overacker also spoke on the use of drones, unmanned aerial systems and artificial intelligence as well as the possible use cases for distributed ledger technology in the border operations of the future.

Join the Potomac Officers Club for its next virtual event, The Future of Mission Partner Information Sharing Forum on April 7. Stu Whitehead, the Department of Defense’s deputy director of cyber and command, control, communications and computers integration, is scheduled to keynote the forum to discuss the importance of mission partner environments in contested environments. Click here to register!

Thomas Overacker on CBP’s ‘Port of the Future’ Concept

The U.S. Customs and Border Protection is developing a “port of the future” design that leverages advanced technology to increase efficiency and combat illegal trafficking at multiple ports of entry along the United States’ Southern border. Thomas Overacker, executive director of cargo and conveyance security for CBP, said the initiative began in 2016 when leaders 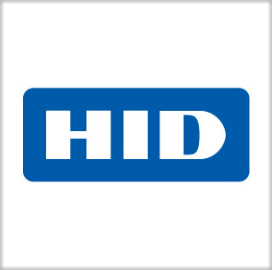 HID Global has secured a five-year, $88.3 million contract to redesign and supply the U.S. government-issued Permanent Resident Cards and produce Employment Authorization Documents with radio-frequency identification technology. The company said Tuesday the contract includes the continued manufacture, delivery and storage of as many as 34 million electronic identification cards issued as PRCs or Green Cards. “We are
Sponsor