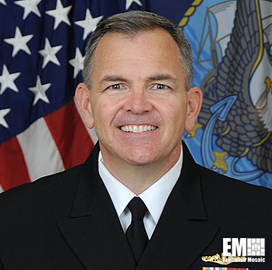 The U.S. Navy has announced the service branch’s recent efforts to support the Joint All Domain Command and Control (JADC2). The Naval forces operate in multiple domains and are focused on the Indo-Pacific region.

JADC2 recently had a second test event where companies competed in a trial to test the technical capabilities of the new “internet of military things.” All of the armed forces participated in the event as well, helping them in gleaning insights.

The events are also called Advanced Battle Management System (ABMS) demos, referring to the Air Force’s system that will form the technical backbone of JADC2. VADM Jeffery Trussler, the U.S. Navy deputy chief information officer (CIO), said that security is the Navy’s main reason for its classified efforts for JADC2.

“We want to continue to open that aperture,” VADM James Kilby, deputy chief of naval operations for warfighting requirements and capabilities, said. Kilby said that the Navy has been working on getting cloud-at-the-edge capabilities and working to harden its networked systems.

A critical challenge for Kilby and others in the Navy is data sharing across security enclaves because the process has traditionally been seen as a security threat. With the Pentagon’s directives for more collaboration, the Navy is working on sharing more data across enclaves, Kilby said.

Kilby said 5G wireless is another emerging technology the Navy wants to harness for its participation in JADC2. Trussler added that “in terms of 5G, we are all in on that.”

Potomac Officers Club will host its 2020 Navy Forum on September 30th. Click here to register for the event.

James Geurts, Assistant Secretary for Research, Development, and Acquisition with the U.S. Navy and 2020 Wash100 Award recipient will serve as a keynote speaker during the event. Geurts will discuss how the U.S. Navy has continually worked to decentralize, differentialize and digitize the service branch’s work as well as develop its talent in the field.

The Navy has also accelerated acquisition channels, modernized emerging technologies and increased research and development to become more effective in warfare. As the Navy continues to evolve to meet the growing demands, challenges still remain.

Join Potomac Officers Club’s 2020 Navy Forum to hear notable industry and federal leaders discuss the initiatives, efficiencies and challenges the service branch faces as well as how to join together to improve the future of warfare. Click here to register for the 2020 Navy Forum.