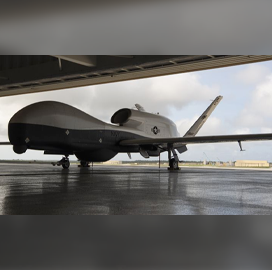 The modification exercises options under a previously issued contract and includes the manufacture of main and forward-operating bases integrated with multiple-intelligence functionalities, the Department of Defense said Thursday.

Northrop will also perform export assistance for Australia as part of the agreement.

Contract work will primarily take place in San Diego, Calif., and the rest in various locations within and outside the continental U.S. through April 2025.

MQ-4C is based on Northrop’s Global Hawk UAS and is designed for intelligence, surveillance and reconnaissance operations over coastal regions and oceans. The UAS has a capacity of 8.2K nautical miles and can fly at altitudes beyond 10 miles for 24 hours.