Kirstjen Nielsen on Sunday stepped down from her post as secretary of the Department of Homeland Security, CBS News reported Sunday.

President Donald Trump announced in a tweet that Kevin McAleenan, commissioner of the Customs and Border Protection, will serve as interim DHS secretary.

The report said Nielsenâ€™s resignation comes amid Trumpâ€™s tougher stance on illegal immigration, while a U.S. senior official said the move is part of an overhaul within DHS directed by Stephen Miller, a top adviser to the president.

Nielsen was confirmed by the Senate in December 2017 two months after Trump nominated her for the DHS chief role.

She previously served as chief of staff to John Kelly, former DHS secretary and White House chief of staff, and created and led the government affairs and legislative policy offices at the departmentâ€™s Transportation and Security Administration.

Anduril Industries has named former senior government and national security officials David Goldfein, Kevin McAleenan, Katharina McFarland, Constantine Saab and Scott Swift to the newly formed advisory board to help inform the defense technology company’s strategy and build up relationships with government partners. The company said Tuesday the members of the advisory board met for 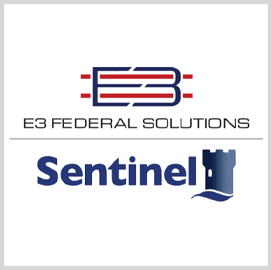 Kevin McAleenan, Topper Ray and Luanne Pavco have been appointed to serve on E3/Sentinel's board of advisers to help the company ensure it applies mission skills and technologies to support customer missions.

Kevin McAleenan, a former Department of Homeland Security official and two-time Wash100 awardee, has joined the board of directors of information technology firm Steampunk.