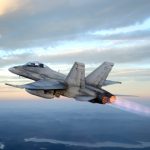 Canada has named five aerospace companies that have been asked to participate in a potential $15 billion competition to produce 88 new fighter planes, Defense News reported Friday.

Boeing (NYSE: BA), Lockheed Martin (NYSE: LMT), Airbus, Dassault and Saab have been included in a list of approved suppliers that will be invited to submit proposals for a program to replace the Canadian air force’s fleet of CF-18 fighter jets.

The report noted that Lockheed is expected to offer its F-35 aircraft, while Boeing is expected to propose its Super Hornet jet for the upcoming competition.

Other aircraft that are anticipated to be offered for the program include Saab’s Gripen, Dassault Rafale and the Eurofighter Typhoon plane manufactured by a consortium of Airbus, Leonardo and BAE Systems.

The Canadian government launched the competition in December 2017 with plans to release a request for proposals by spring 2019, the Public Services and Procurement Canada said in a news release Thursday.

The country will evaluate each proposals based on technical requirements, cost and economic benefits and apply the Industrial and Technological Benefits Policy to facilitate investments in Canada.

Canada intends to award a contract by 2021 or 2022 and expects delivery of the first replacement fighter jet to occur in 2025.