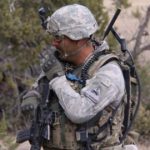 Vendors whose technology meets the Army’s HMS radio system requirements will move into the competition’s next phase that involves production of an additional 60 systems for further tests.

The Army is authorized to buy as many as 60, 296 radios throughout the 10-year acquisition program and expects full-rate production to commence in fiscal 2017’s fourth quarter.

The program will run through March 20, 2026, and the Army Contracting Command will provide funds and performance location upon award of each order.