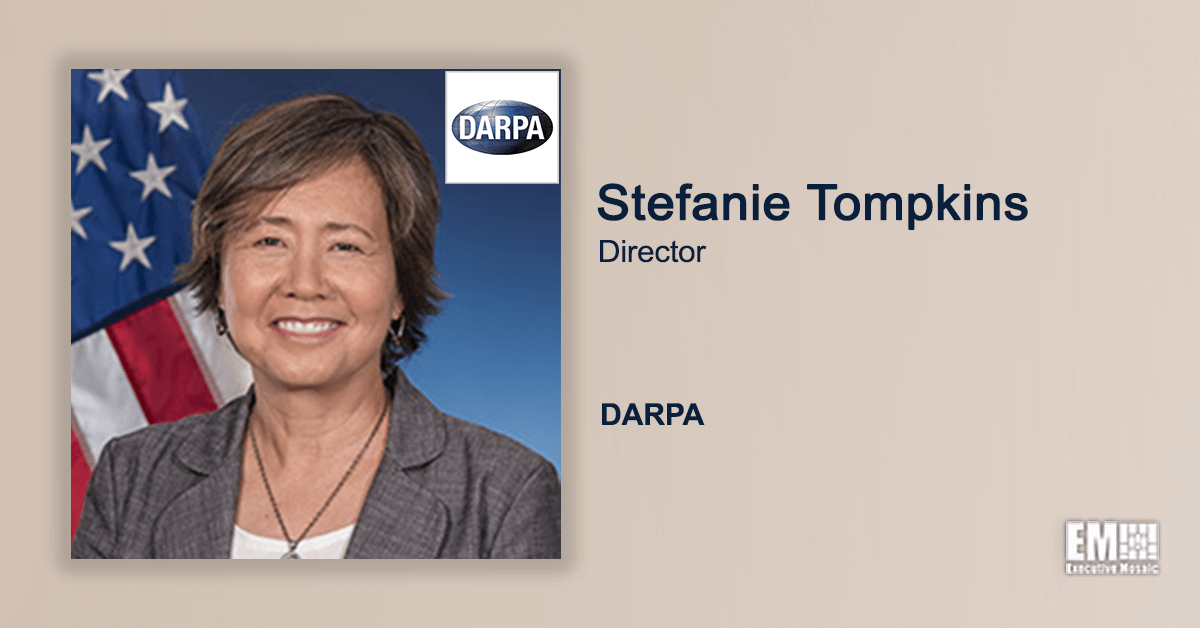 Tompkins, who took the helm of DARPA as its 23rd director in March 2021, leads the Department of Defense’s research and development organization whose mission is to invest in breakthrough technologies that can support national security.

In a November interview with Washington Post Live, the agency director gave her perspective on global competition in the national security technology area.

“I think there are a lot of areas in which the U.S. continues to maintain the lead, and we are focusing really hard on the kinds of things that we would need to do to excite more people to thinking about sort of contributing to that mission of technological excellence and global leadership,” she told The Post.

Prior to her current role, Tompkins was vice president of research and technology transfer at Colorado School of Mines for three years. She initially worked at DARPA from June 2007 to January 2018 in various positions that include acting deputy director and director of the agency’s Defense Sciences Office.

Join the half-day virtual summit to hear from government and GovCon leaders as they offer insights into DOD’s innovation priorities, technology programs and approaches to stay ahead of the curve in the evolving defense environment. Register here.