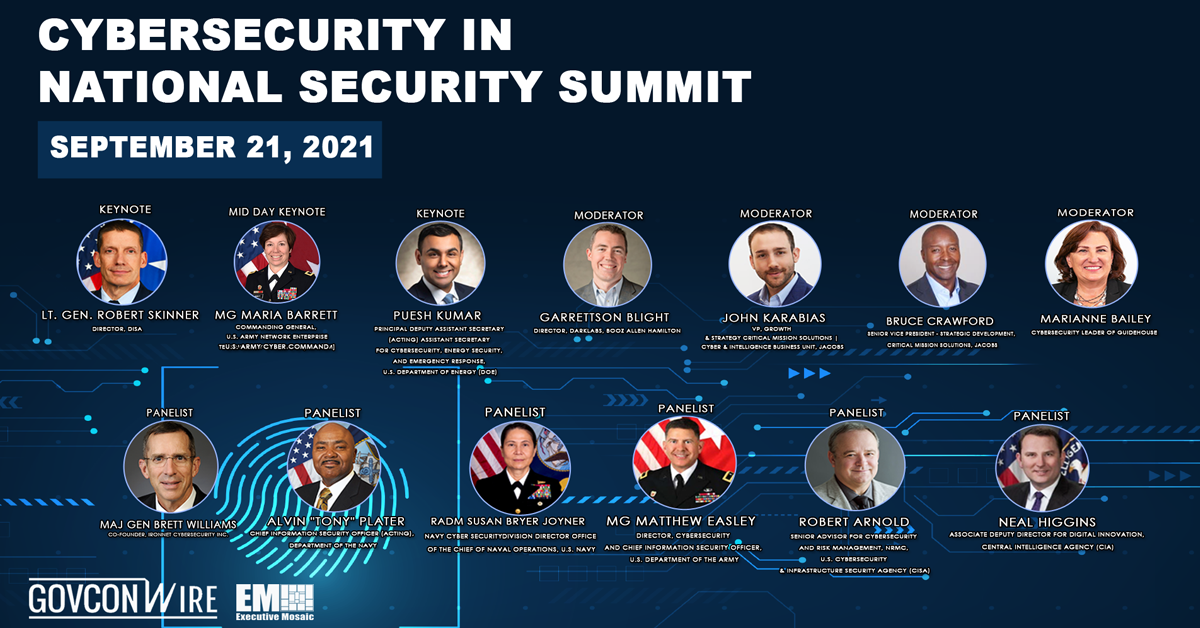 GovCon Wire Events hosted its Cybersecurity in National Security Summit on Tuesday to discuss the major initiatives bolstering the DOD’s cybersecurity as well as the opportunities for private industry to support the federal government’s cybersecurity objectives.

Following a keynote address from Puesh Kumar of the Department of Energy (DOE), GovCon Wire Events moved on to the first expert panel of the Summit to provide the virtual audience a deeper understanding of cyber threat intelligence as well as the work that chief information security officers are engaging in for the Department of Defense and the challenges they face to maintain U.S. national security standards.

The first of two expert panels featured during the Summit was moderated by John Karabias, vice president of Growth and Strategy for Jacobs’ Critical Mission Solutions, who introduced the topic of cyber threat intelligence as well as the distinguished panelists who would take the stage one by one and have the opportunity to discuss their initial thoughts regarding the topic at hand.

The first panelist introduced for the virtual audience was RADM Susan Bryer-Joyner, who serves as the Cyber Security Division Director for the Office of the Chief of Naval Operations with the U.S. Navy. In her remarks, RADM Joyner explained how the overall approach to cyber has shifted in terms of methodology and culture from within the service branch and government.

As she elaborated on the current set of cyber investment priorities, a great challenge will be to integrate cybersecurity into our systems instead of centralizing the tech into a single entity.

“Everyone has come to recognize that cyber is an all-hands effort,” she elaborated. “It’s a commander’s responsibility, but it’s also on every individual in the system to perform the actions they need to ensure seamlessness. Do your part, be cyber smart,” RADM Joyner emphasized.

As the first panel continued, Robert Arnold of the Cybersecurity & Infrastructure Security Agency (CISA), Jacobs’ LTG (Ret) Bruce Crawford, the CIA’s Neal Higgins and Brett Williams of IronNet Cybersecurity were all given the opportunity to speak as panelists to explore the major initiatives bolstering the DOD’s cybersecurity as well as the opportunities for private industry to support the government’s cybersecurity objectives.

After a brief biography and introduction of both panelists and their challenges as CISOs in the military service branches, Army CISO MG Matthew Easley took the podium to discuss the need for CISOs to interchange their concepts within the acquisition community as well as the need for CISOs to understand the systems we’re buying into and procuring how they fit into the overall ecosystem.

MG Easley addressed the need for program managers to all be a part of the creation of a greater connected digital ecosystem where everyone follows the same standards and architecture before he passed the platform over to his fellow panelist to steer the conversation into a new direction.

As Navy CISO Tony Plater took the stage following Easley’s opening remarks, Plater continued the panel discussion with a look into our weapons systems and agreed with his fellow panelist that communication and collaboration is a critical change that must be improved immediately.

Plater also emphasized the importance of addressing the service branch’s legacy systems as well as its weapons systems and what the U.S. military has coming down the pipeline for the future of our processes. He explained that addressing these things early in the process and identifying the cyber requirements will create a strong environment and collaboration will be much easier to do.

On Thursday, October 7th, GovCon Wire Events will host its AI: Innovation in Homeland Security Forum to discuss the current and developing role that artificial intelligence is playing in homeland security as well as workforce integration and risk mitigation.

John Cohen, acting undersecretary and chief intelligence officer of the Office of Intelligence and Analysis, and Melissa Smislova of the Department of Homeland Security (DHS) will serve as keynote speakers to discuss the goals, priorities and strategy, intelligence and analysis mission priorities related to DHS’ work with AI and how industry can help accelerate AI innovation.

Visit GovConWireEvents.com to register for the platform’s AI: Innovation in Homeland Security Forum on Oct. 7th.

GovCon Wire Events hosted its AI: Innovation in Homeland Security Forum on Thursday which gathered private industry and government officials to discuss how cutting-edge AI technology is shaping the nation’s homeland security priorities, goals and general strategy as well as the role industry can play in the future of countering foreign adversaries and domestic threats. John Cohen, 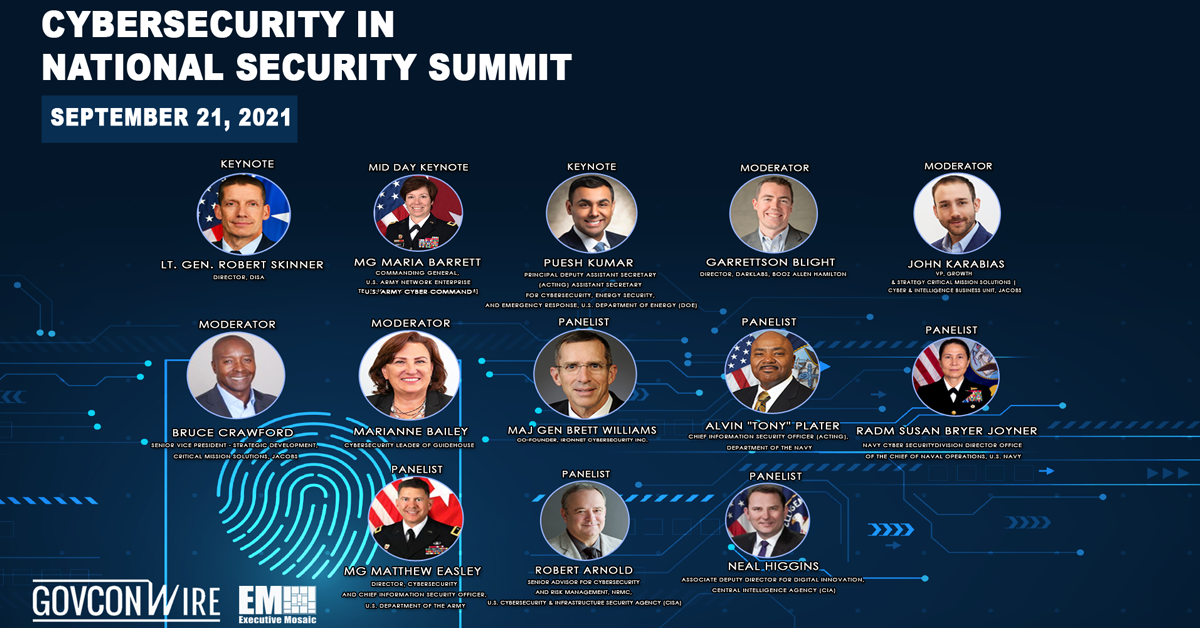