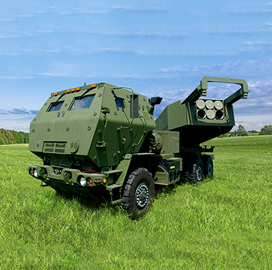 Lockheed Martin (NYSE: LMT) has secured a $183M contract to supply the U.S.Marine Corps and a foreign customer with wheeled systems designed to launch rockets.

The company said Monday it will manufacture a total of 28 High Mobility Artillery Rocket System launchers and related equipment under the contract from the U.S. Army.

According to Lockheed, HIMARS is deployable from the C-130 airlifter and can fire various munition types such as the Army Tactical Missile System, the Guided Multiple Launch Rocket System and the Precision Strike Missile.

Launcher production efforts will take place at the company's Precision Fires Center of Excellence in Camden, Arkansas, with deliveries slated to commence in 2022.