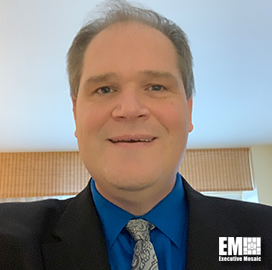 Click here to register for the Future Virtual Battlefield Event.

Enloe has worked in US Army training simulations since 2001. His mission is to serve as the lead technical advisor to the Director of the STE CFT. Current duties include designing concepts, engineering solutions and directing science and technology (S&T) research and development (R&D) to establish the next generation Synthetic Training Environment (STE).

The STE converges Live, Virtual and Constructive simulation capabilities into a futuristic platform that enables Soldiers to maintain overmatch against our adversaries in the future.

Past accomplishments include supporting development of the mission rehearsal simulation that planned Operation Iraqi Freedom, engineering middleware that links Army & Joint training simulations to real Mission Command Systems & the establishment of the US Army Games for Training Program.

At Potomac Officers Club’s Future Virtual Battlefield Event, Enloe will utilize his knowledge acquired from the private sector and service branch to discuss the priorities and challenges of modern warfare.

Register here to join Potomac Officers Club for its Future Virtual Battlefield Event on July 22nd to learn about the speakers’ perspectives on the future of warfare and coordination at the strategic and tactical levels to strengthen national defense.