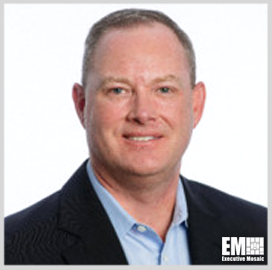 Fink brings 25 years of programmatic and technical leadership experience in the defense sector to his new role, ActioNet said Friday.

He most recently directed the Air Force multidomain operations and development account at the General Dynamics IT business, where he focused on GDIT’s strategic execution and relationship management functions for service programs in areas such as command and control, space and cyber.

His career also includes time at CSRA, SRA International and iDEFENSE after conclusion of his military career in 2000.

Gibbs will be responsible for establishing the company's internal centers of excellence for software development. He most recently served as senior director of applications services at GDIT and led the unit's engineering teams focused on technology offerings for the intelligence community.

He previously worked at Boeing (NYSE: BA) as a chief engineer and has more than three decades of experience in enterprise software development, cloud computing, Agile and DevSecops.

Kobsar spent more than two decades in the U.S. Army, where he led engineering and communications support units prior to his retirement as a warrant officer.