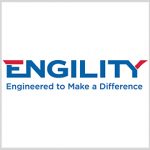 Lynn Dugle, president and CEO of Engility (NYSE: EGL), has been elected chairman of the Chantilly, Virginia-based government technology services contractor’s board of directors.

She will remain president and CEO and succeed co-chairs Peter Marino and David Savner, who will both continue to serve as board members, Engility said Thursday.

“Lynn’s appointment to the chairman position reflects the board’s confidence in her strategic vision and ability to drive innovation throughout the company,” said Marino, who was recently named independent lead director.

Prior to Engility, she worked for more than 10 years at Raytheon (NYSE: RTN) and held senior management roles such as president of the defense contractor’s intelligence, information and services division, deputy general manager and vice president.

Dugle is a board member of the Intelligence and National Security Alliance and a director of State Street Corp.’s (NYSE: STT) audit and technology committees.