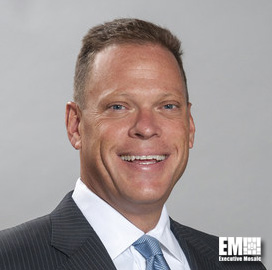 Davis succeeds Thomas Vecchiolla, who retired after a 15-year tenure with the firm, and will directly report to John Harris, vice president of business development and CEO of Raytheon International, the company said Thursday.

“Chris has a proven track record in international business and business creation that makes him the ideal candidate to strategically drive our top global initiatives,” Harris said.

He joined Raytheon in 2006 as senior manager of the firm’s missile systems business and transitioned to the role of director of business development for the Middle East in 2010.

Prior to Raytheon, the retired Marine aviator served as chairman of the Abu Dhabi Chamber of Commerce in UAE and held senior assignments at the U.S. Embassy in Abu Dhabi.

Christopher Davis, formerly country leader and president of Raytheon’s (NYSE: RTN) business arm in the United Arab Emirates, has been named president of the Waltham, Massachusetts-based defense contractor’s international business organization. Davis succeeds Thomas Vecchiolla, who retired after a 15-year tenure with the firm, and will directly report to John Harris, vice president of business
Sponsor