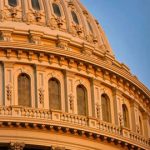 Just hours before the deadline, Congress voted overwhelmingly in favor of a short-term continuing resolution (CR) to fund the government for an additional week.

The House voted 382 to 30 Friday to approve the spending deal and the Senate unanimously approved it. House and Senate staffers and appropriators will work through the weekend to hammer out the details of a longer-term omnibus deal that funds the government through the end of fiscal year 2017.

A vote to repeal the Affordable Care Act (ACA) was taken off the table last night so that the House and Senate can focus on the spending bill.

As GovConWire reported previously, the sticking points that necessitated this stop-gap measure appear to be negotiations over funds for the border wall and for Obamacare subsidies. The Trump administration at first demanded that legislation include money for a border wall, but backed away from that position after Democrat resistance. The While House has also signaled willingness to pay Obamacare subsidies through September.

It is unclear whether the conservative House Freedom Caucus, who have previously opposed bills that continue massive deficit spending, will support an omnibus bill, in exchange for increased funds for defense, the border wall, or some other priority like tax reform. In past years, Ryan and Senate Majority Leader Mitch McConnell (R-KY) have incorporated Democrat budget priorities into a final spending bill rather than work with the  40-member caucus to pass a majority-Republican deal.