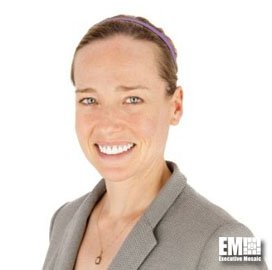 “(Jordan’s) tours of duty in Iraq and Afghanistan gave her in-the-field experience that will be invaluable to JGO’s commercial and government clients, ” said JGO President and Chief Operating Officer Alan Weakley.

She also served as an associate intern at Buffaloe Global Development where she created a business plan for the launch of a social impact project in Sierra Leone.

While in the Army, Wilhelm managed explosive emergency response for military and civil authorities across the East Coast and was deployed three times to Iraq and Afghanistan.

BAE Systems has secured a two-year, $299 million order from the U.S. Army to manufacture additional self-propelled howitzers and carrier ammunition-tracked vehicles. The company said Wednesday it will produce and deliver 40 sets of M109A7 howitzers and M992A3 CAT platforms and spare parts to the service branch. Work will occur at BAE locations in Pennsylvania,
Sponsor