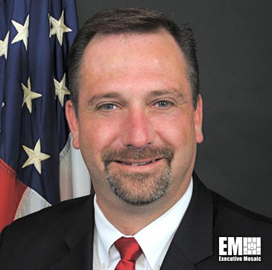 PAE said Monday Myers will oversee the NSS unit that PAE created in 2015 from its January 2015 acquisition of the former USIS global security and solutions business and June 2015 buy of A-T Solutions.

Myers led DTRA for seven years and concurrently served as chief of the U.S. Strategic Command’s center for combating weapons of mass destruction.

At DTRA, he led the agency’s efforts to eradicate chemical weapons stockpiles in Libya and Syria and also oversaw the agency’s response to the 2015 Ebola outbreak in West Africa.

He helped manage a $2 billion research-and-development portfolio for his role at Stratcom.

Myers is the fourth-longest tenured official to serve in both DTRA and Stratcom WMD center leadership roles, according to the agency.

Prior to DTRA, Myers led a team responsible for arms sales and control treaties and legislative strategy development for nominations and legislation during his time as a senior staff member on the Senate Committee on Foreign Relations.