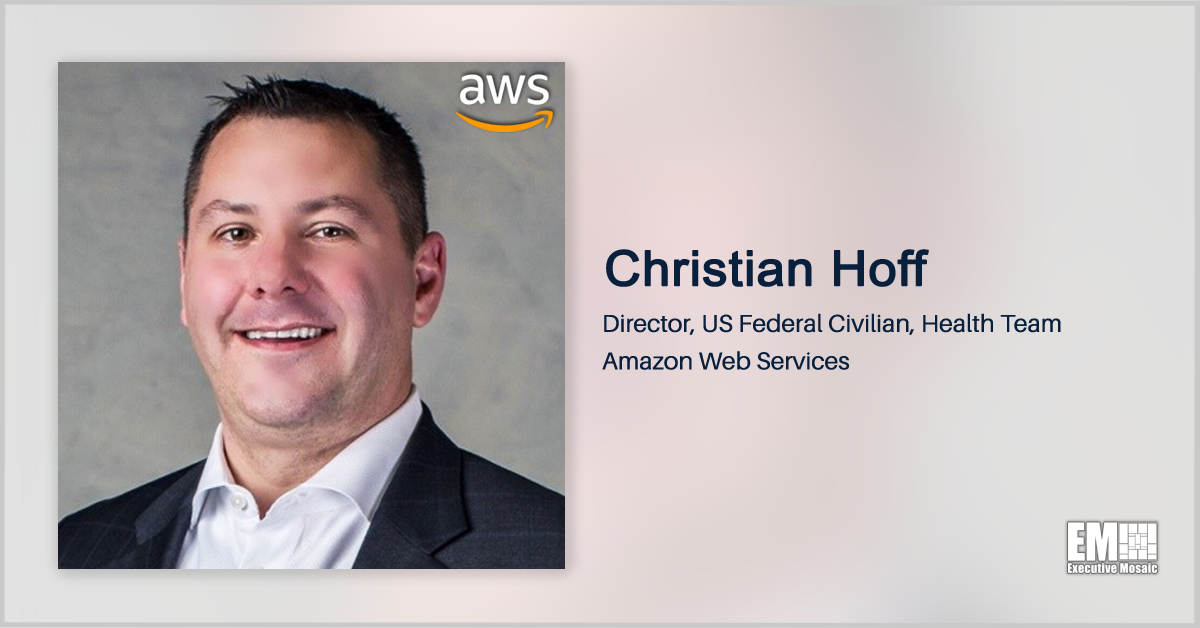 Christian Hoff, formerly director of the federal systems integrator and solutions team at Amazon Web Services, has taken on a new role as director of AWS’ federal civilian and health group.

The retired Army lieutenant colonel joined the cloud provider in 2018 after a more than 10-year career at Booz Allen Hamilton (NYSE: BAH).

His 22-year Army career included assignments at the White House and the Joint Chiefs of Staff, according to his LinkedIn account.