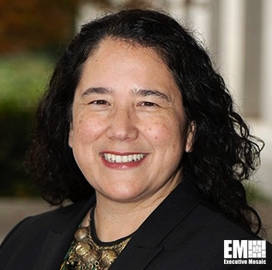 Guzman previously served as senior adviser and deputy chief of staff at the SBA and is the co-founder of consulting firm GovContractPros.

Raimondo served as Rhode Island's general treasurer before she was sworn in as the state's 75th and first woman governor in 2015.

Graves previously held a deputy assistant and counselor role at the White House under the Obama administration and served as deputy assistant secretary for small business, community development and housing policy at the Department of the Treasury. He held an executive director role at the President’s Council on Jobs and Competitiveness from 2011 to 2017.

Walsh, who serves as Boston’s 54th mayor and chairman of the 470-member Climate Mayors association, is the founding vice-chair of the Cities of Opportunity Task Force within the U.S. Conference of Mayors. He also spearheaded the Building and Construction Trades Council in Boston from 2011 to 2013.

The National Telecommunications and Information Administration has put out three funding opportunity notices as part of the Biden administration’s $45 billion investment plan to ensure people in the U.S. have access to high-speed internet by the end of the decade. NTIA will be responsible for administering and implementing the Internet for All initiative to be

GlobalFoundries has announced plans to build a new manufacturing facility in Malta, New York, and invest $1 billion to support the annual production of additional 150,000 wafers at its existing Fab 8 facility to help address the current chip shortage. The company said Monday it expects the new fab to result in the creation of

President Joe Biden said the U.S. should invest in its semiconductor infrastructure to address the current chip shortage, NBC News reported Tuesday. “These chips, these wafers … batteries, broadband — it’s all infrastructure. We need to build the infrastructure of today and not repair the one of yesterday,” Biden said Monday during the CEO Summit
Sponsor