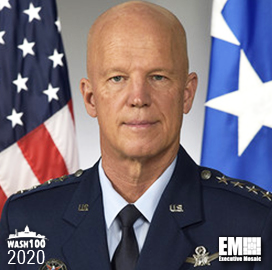 The U.S. Space Force has been added to the U.S. intelligence community and now serves as the ninth Department of Defense component in the interagency group, DOD announced Friday.

“This is a significant milestone, a clear statement that America is committed to a secure and accessible space domain,” Raymond said.

According to Ratcliffe, the branch’s addition to the IC underscores the domain’s importance in intelligence and military operations while ensuring interoperability, future technology development and global strategic awareness.

The Pentagon noted that USSF became the first organization to join the community in 15 years.

Ezra Cohen, acting undersecretary for intelligence and security at the Department of Defense, said the designation will align USSF with other Defense Intelligence Enterprise components and will help ensure synchronization and coordination across all warfare domains.