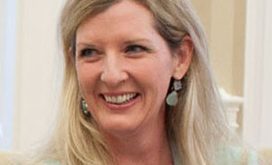 Kathryn Ruemmler will rejoin Latham & Watkins LLP in June after serving in the Justice Department and as White House presidential counsel for five and a half years. She will return to the firm as a partner with the litigation department based in Washington, Latham said Tuesday. Prior to rejoining Latham, …

END_OF_DOCUMENT_TOKEN_TO_BE_REPLACED

Whitney, Bradley and Brown Inc. and federal management consulting firm NetStar-1 have merged their business operations, effective immediately, according to a joint release. The new company will operate as WBB, employ more than 500 employees and expects to generate more than $130 million in revenue. The merger follows a major investment …

END_OF_DOCUMENT_TOKEN_TO_BE_REPLACED

December 9, 2011 News Comments Off on ManTech to Provide IT Support for DoJ Immigration, Natural Resource Operations

ManTech International Corp. (NASDAQ: MANT) announced it has been awarded multiple technology support task orders worth more than $32 million by the Justice Department. The two task orders, which have one-year base periods and five option years, were issued under the Technology Support Services 4 contract. Under the first order, ManTech …

END_OF_DOCUMENT_TOKEN_TO_BE_REPLACED

Unisys to Compete for Task Orders with DOJ for IT Services; Puvvada Comments

June 8, 2011 Contract Awards, News Comments Off on Unisys to Compete for Task Orders with DOJ for IT Services; Puvvada Comments

The Justice Department has awarded Unisys (NYSE: UIS) an indefinite delivery/indefinite quantity contract to compete for task orders to provide applications modernization, integration, operations and other IT services. Around 20 firms will compete for the task orders as part of a the information technology support services-4 contract potentially worth $1.1 …

END_OF_DOCUMENT_TOKEN_TO_BE_REPLACED

Citizant named John Heiss to the role of division director managing programs for the U.S. Department of Justice. In the past, Heiss has served as a principal consultant for Keane Federal Systems, Inc. “John is an accomplished leader with both military and commercial organization success, ” said CEO Raymond Roberts. …

END_OF_DOCUMENT_TOKEN_TO_BE_REPLACED

The Department of Justice recently released a memo stating that the Einstein 2 program, that allows the government to monitor communications on its server, does not violate employee’s or private citizen’s rights to privacy. The program is designed to help detect and monitor potential cyber attacks against government servers.