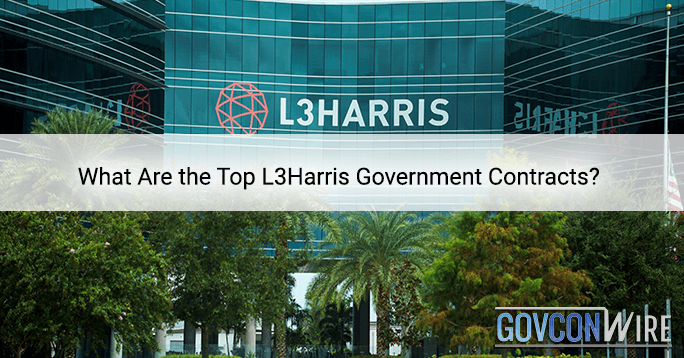 Home Articles What Are the Top L3Harris Government Contracts?

Image by JennLShoots from shutterstock.com

L3Harris is one of the top U.S. government contractors in the aerospace and defense industry. The industry giant has an annual revenue of $17 billion, securing its place as one of the top largest defense firms worldwide. Its cost-effective, agile, and responsive end-to-end missile tracking and detection solutions continue to advance the nation’s security. Know the top L3Harris government contracts here! 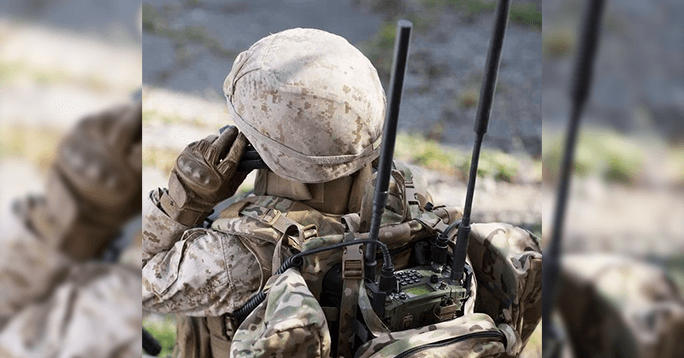 In April 2020, L3Harris Technologies secured a third low-rate initial production (LRIP) order worth $95 million from the U.S. Army to continue the delivery of 65,000 units of Handheld, Manpack & Small Form-Fit (HMS) Manpack AN/PRC-158 multi-channel radios to the military branch. If all options are exercised, the maximum value could reach up to $12.7 billion.

The radio’s multi-channel feature and software-defined architecture are flexible to meet new and emerging requirements and can easily port new waveforms. The radio can also simultaneously handle classified and unclassified data. 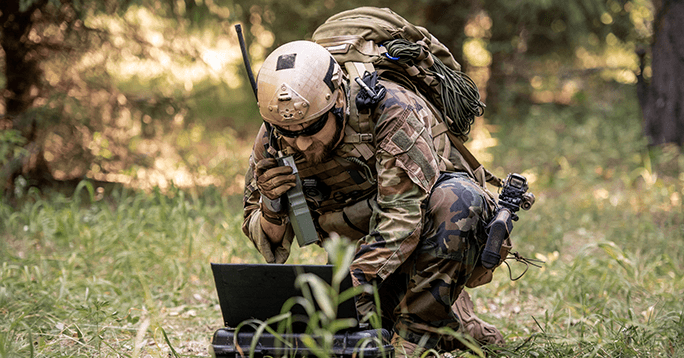 Image by Pressmaster from shutterstock.com

In April 2022, L3Harris Technologies was one of the two vendors that won the U.S. Army’s Combat Net Radio (CNR) modernization program worth $6 billion, L3Harris received initial funding of $20 million from the US. Army to supply modern tactical radios known as Combat Net Radios. These will replace Single Channel Ground and Airborne Radio System (SINCGARS) radios and modernize the military’s core communications.

The radios can deliver advanced NSA-approved encryption and support resilient waveform communications currently used by the U.S. and its allied forces. L3Harris has been the leading supplier of the radio system, having delivered over 300,000 units to the Defense Department since the 1980s. 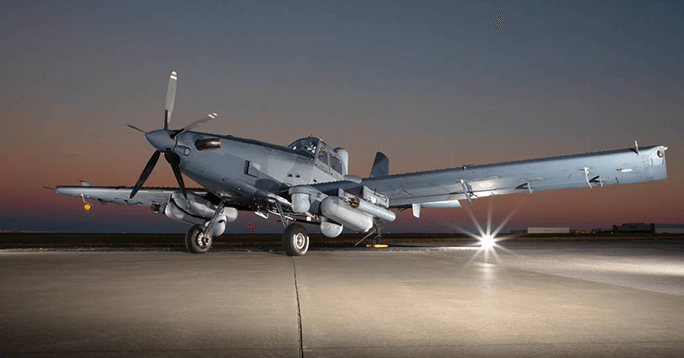 In August 2022, L3Harris and its partner, Air Tractor Inc., were initially awarded a $170 million contract with a ceiling of $3 billion. The team’s AT-802U Sky Warden system secured the contract over other bidders because they could meet the requirement of producing 75 aircraft units.

Under the Armed Overwatch Program, the contractors will develop flexible, single-engine, crewed, and fixed-wing aircraft compatible with deployment to harsh environments and warfare locations. It has a small logistical tail to keep operating, close air support, airborne forward air control, and armed reconnaissance. The performance period ends in July 2029. 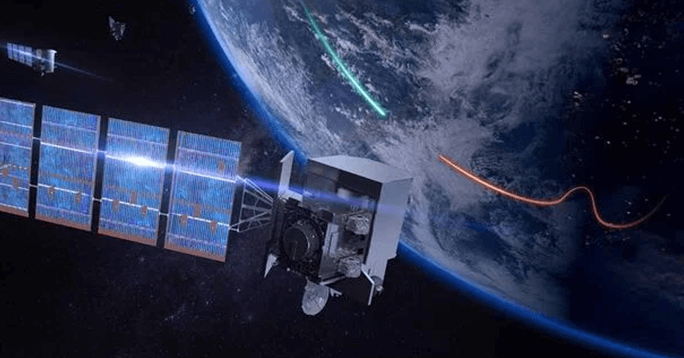 In July 2022, L3Harris Technologies and Northrop Grumman won a contract award from the Space Development Agency worth $700 million and $617 million, respectively, totaling $1.3 billion. Under the Tranche 1 Tracking Layer program, both will identify, locate, and target advanced missile threats and hypersonic weapons by producing 14 prototype tracking satellites for 28 units in two orbital planes.

These satellites, set to launch by 2025, collect infrared data and provide network communications. Also, these are significant components of the National Defense Space Architecture, with hundreds of satellites in low-Earth orbit. The program is a step for the Defense Department to move away from its reliance on large and expensive satellites in elliptical orbits and  Geosynchronous Earth Orbit. 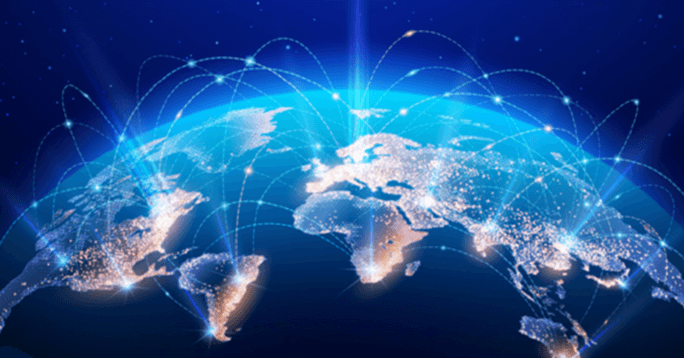 In August 2021, the U.S. Air Force awarded a $947 million contract to L3Harris Technologies to support and provide engineering, block, and non-block cycle services for the B-52 aircraft’s electronic warfare system initiative. 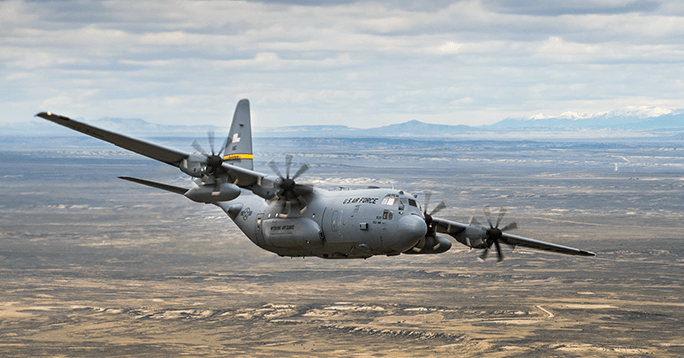 In December 2022, L3Harris Technologies won an $886-million contract award from the U.S. Army Communications-Electronics Command. This award is one of the Army’s largest investments in improving its ISR capabilities. It will support the Defense Department, intelligence communities, and Army’s capabilities in intelligence, surveillance, and reconnaissance. The modernization efforts will enable smart network design enhancements for ground and aerial-based communications, lifecycle management support, and military datalink security.

L3Harris has been a provider of ISR and satellite solutions for several decades and will continue its legacy of delivering reliable and timely solutions for its customers’ ever-changing needs. 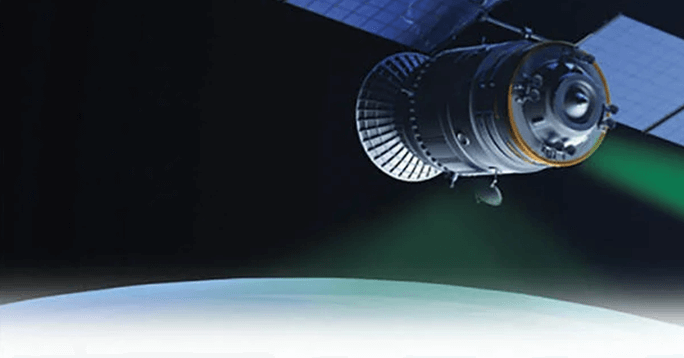 C-130 has a four-engine turboprop that can use rough dirt strips for landings and takeoffs. It has been in service to the Air Force for over 60 years (e.g., transporting cargo and troops and airlifting military forces).

This project will be performed at L3 Harris’ 1.1 million-square-foot aircraft modification center near the Texas State Technical College campus. The center supports the Air Force Reserve and the Air National Guard 176 C-130H fleet of aircraft. It features hangars to fully support aircraft services, such as performing parallel avionics modernization and programmed depot-level maintenance efforts to increase the aircraft’s sustainability, availability, and reliability while reducing downtime. 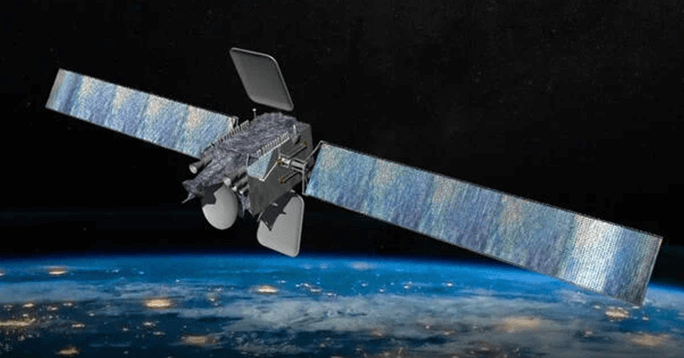 L3Harris will collaborate with SMC for the Block 1 modems’ development, integration, design, certification, and testing for the Air Force Ground Multiband Terminal and the Army Satellite Transportable Terminal. The work will be at L3Harris’ facility in Utah near the Salt Lake City International Airport.

L3Harris has been one of the leading companies in aerospace and defense government contracts since the merger in 2019. It provides electronic warfare, weaponry, and surveillance solutions, to various federal agencies and customers in over 100 countries. L3Harris Corporation leaders and executives are dedicated to supporting the nation’s warfighters and clients with innovative technologies and mission-critical systems.