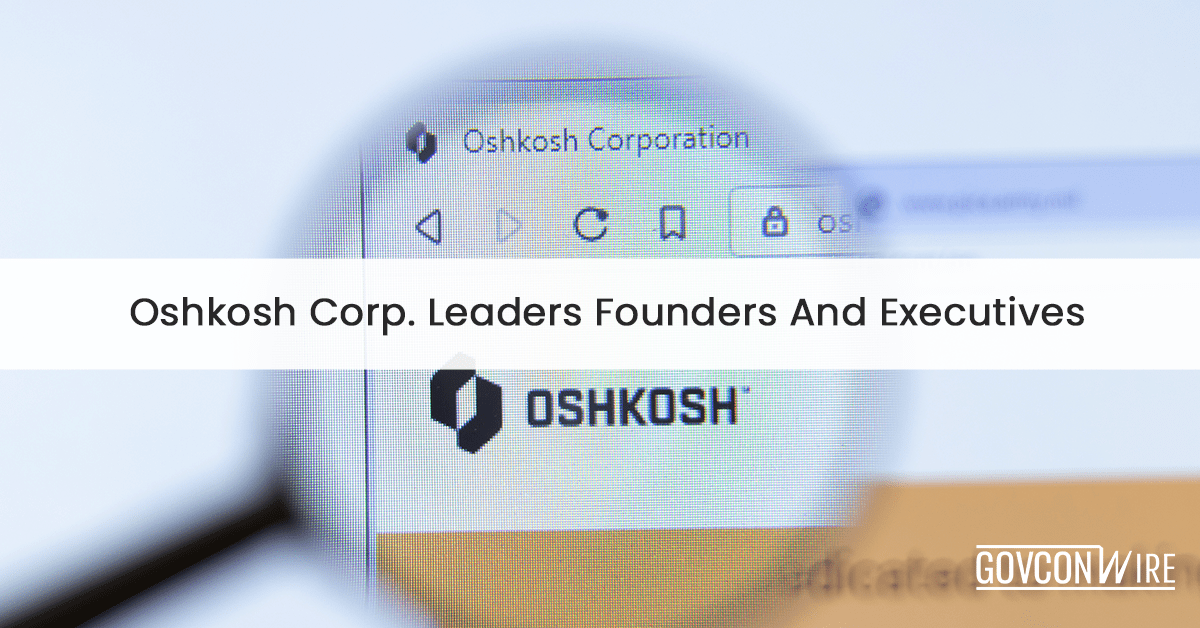 Photo by Postmodern Studio from Shutterstock.com

Here are the top executives of Oshkosh Corporation. 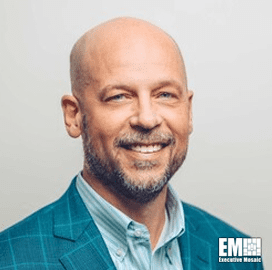 John Pfeifer serves as the board member, president, and Chief Executive Officer of Oshkosh Corporation. He joined Oshkosh in 2019, starting as president and chief operating officer.

Before Oshkosh, Pfeifer spent 13 years with Brunswick Corporation. At Brunswick, he became the senior vice president, President of Mercury Marine, and President of the Brunswick Asia Pacific Group.

Besides being the CEO of Oshkosh, Pfeifer is also a board member for The Manitowoc Company, National Exchange Bank and Trust, and Wisconsin Manufacturers and Commerce. 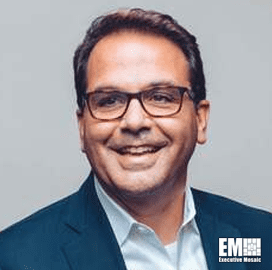 Before joining Oshkosh, Cortina worked as a private attorney in the District of Columbia. He also sits on the boards of the Fox Cities Performing Arts Center and the Fox Valley Technical College Foundation, Inc., where he serves as president. 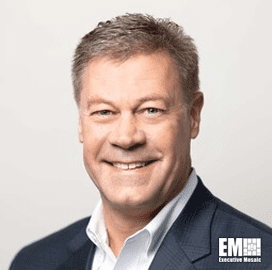 Johnson joined the company in 2007 and held several positions in sales and marketing. Initially, he was an attorney who practiced Indianapolis laws, focusing on commercial litigation, for years. 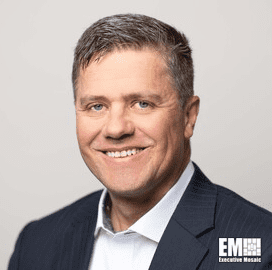 Since March 2013, Brad Nelson has served as executive vice president and commercial at Oshkosh Corporation. In this role, he oversees the Commercial division of Oshkosh Corporation, which includes the McNeilus, IMT, Oshkosh S-Series, and London Machinery brands.

Previously, Nelson worked for Oshkosh from 2011 to 2013 as the segment’s worldwide vice president of access equipment. Before joining Oshkosh, he held several executive positions at Eaton Corporation, including vice president of global marketing and communications and other works of increasing responsibility in the company’s Access Equipment area. 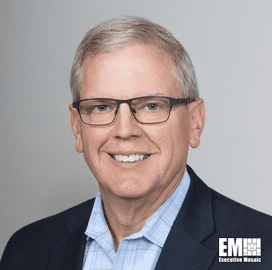 Nerenhausen joined Oshkosh Corporation in 1986. Before his current position, he was the executive vice president and president of commercials in Oshkosh. He oversaw the company’s commercial sector, which includes McNeilus, London Machinery, and IM.

Nerenhausen sits on the Advisory Board for the School of Business at Shippensburg University and the Board of Directors for the Association of Equipment Manufacturers’ CE Sector. 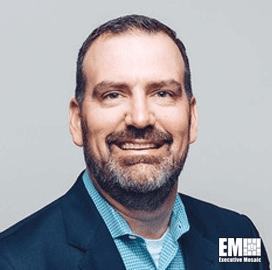 Since April 2020, Michael Pack has served as the executive vice president and chief financial officer of Oshkosh Corporation. All accounting, investor relations, treasury, insurance operations, and the direction of the Company’s general financial policies are under his purview of responsibility. 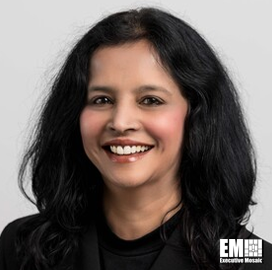 Since January 2022, Jay Iyengar has served as executive vice president, chief technology officer, and strategic sourcing officer at Oshkosh Corporation. She is in charge of Oshkosh’s long-term vision and strategy and assists the company in developing and developing cutting-edge technologies. Iyengar also oversees the worldwide strategic sourcing initiatives aiming to create a supply chain that offers advanced technology.

Jay Iyengar has over three decades of expertise in aerospace, agricultural, automotive, diversified industrial, and heavy-duty vehicle markets. Before joining the company, she was Xylem Inc’s senior vice president for innovation and technology.

Iyengar is also active in a nonprofit that works to educate high school students to engineer by serving on the board of Engineering Tomorrow.

See below for a list of Oshkosh Corporation’s Senior Vice Presidents, each overseeing the company’s significant business unit.

Oshkosh Corporation Board of Directors

The Board of Directors at Oshkosh Corporation consists of outstanding leaders in different industries. They are the ones who make the crucial decisions that will determine the future of the firm and its brands. 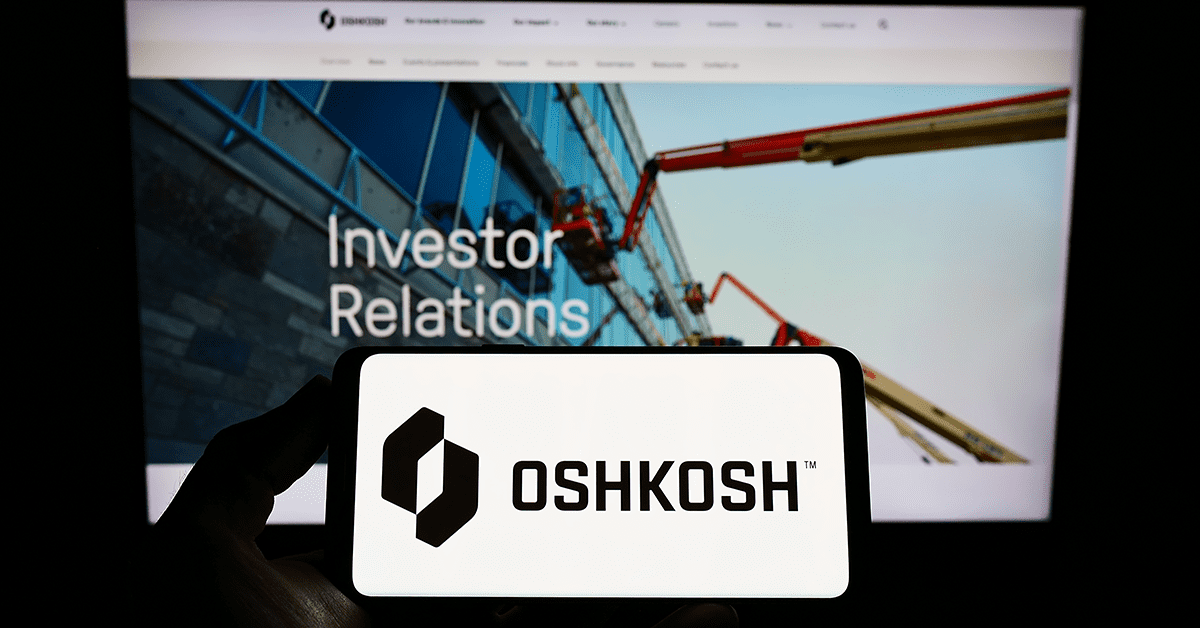 Photo by T. Schneider from Shutterstock.com

Who is the Founder of Oshkosh Corporation?

Where is Oshkosh Corporation Headquarters Located?

The corporate headquarters of Oshkosh Corporation is in Oshkosh, Wisconsin. The company has manufacturing facilities in the United States, including McConnellsburg, Pennsylvania, and Minnesota.

Is Oshkosh Corporation a Fortune 500 Company?

According to Fortune’s 2022 list of the 500 largest American corporations, Oshkosh Corporation ranks 428.

Promoting Growth All Over the World

The Oshkosh Corporation executives and leaders maintain a local, national, and international commitment to social responsibility through their products and services. Oshkosh Corporation is dedicated to producing high-quality specialty trucks and access equipment that withstand the most challenging conditions.