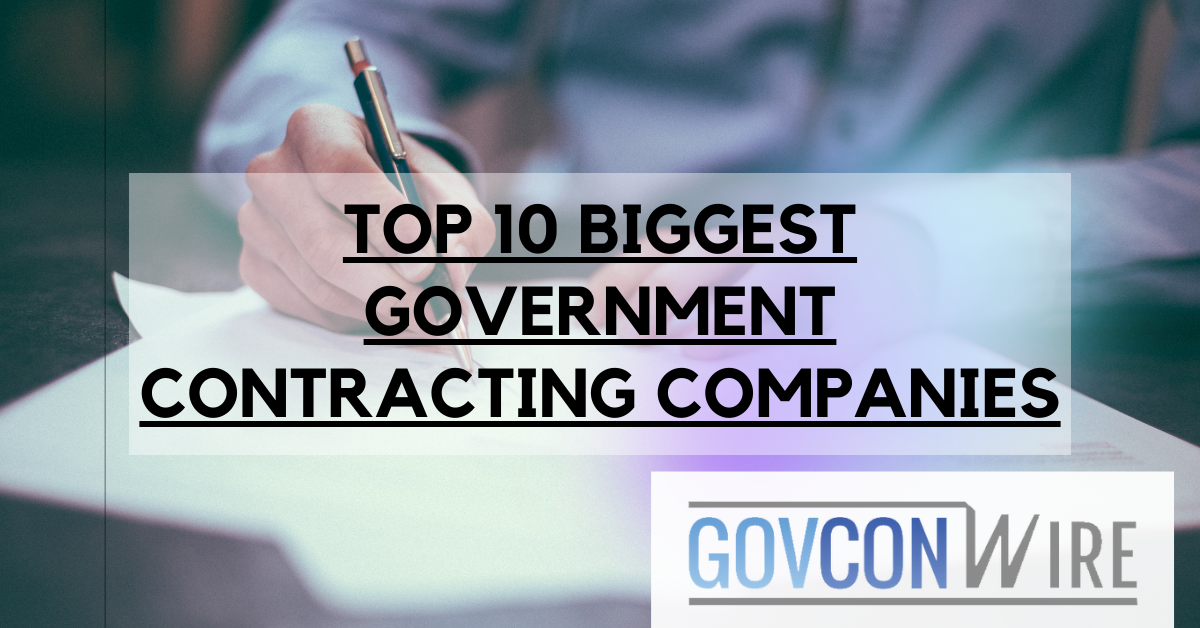 Large companies usually bid on federal projects, but they are also interested in state and municipal contracts. Smaller companies are more likely to seek out smaller contracts that are more closely aligned with their qualifications and scope of work.

Who are the biggest government contracting companies?

The federal government of the United States of America is the world’s greatest and largest consumer of goods and services. This idea gave birth to the federal procurement data system which is usually scrambled out by different organizations. The federal government is not just one buyer, it is a collection of thousands of buyers that purchases everything from paperclips, bolts and nuts, and even aircraft carriers.

With so many needs, the government agencies order in bulk or at once. Most of the time, these consumers are aware that they need a certain product or service, but they are unsure of the quantity or how frequently they need it. This idea creates a unique feature in government contracts that is not present in private companies. In this read, we have listed the top 10 largest government contractors you need to know in the United States and the product or services they offer. The company researches, designs, develops and manufactures satellites, space vehicles and intelligence systems which are essentially out of the scope of non-government consumers. Lockheed Martin also handles the fighter jets program for F-16s, F-22s, F-35s even radar and guided missiles. It also processes information for law enforcement and other federal agencies. The company noted in its 2011 fiscal year report that 82% of its sales came from U.S Government contracts.

This Chicago Illinois-based company is known for its commercial airline in the market but has been primarily dealing with the U.S government. The Boeing Company is one of the world’s largest aerospace companies and a leading manufacturer of commercial jetliners, space and security systems. It made more than 25 billion dollars worth of contracts working on the government’s Airforce One planes.

One of Boeing’s largest contracts was in 2011 for fixing wing aircraft and airframe structural components. Aside from traditional aircraft, Boeing was also given a project amounting to over $1 Billion by NASA. The Boeing Company also makes guided missiles, ammunition, and explosives. They also build radar equipment, satellites, weapons, launch systems, and performance-based logistics and training.

Located in Waltham Massachusetts, Raytheon is one of the defense contractors company that provides weapons, guided missiles, and missile defense systems.

Raytheon’s most recognizable product is the Tomahawk cruise missiles, which are supplied to the U.S Navy. The company also develops satellite sensors, radar, and digital communication systems. It also has air traffic control solutions and even provides professional services and operates federal offices. Raytheon’s highest contract was for two guided missiles which cost over $1 Billion dollars each.

In April 2020, United Technologies Corp merged with Raytheon Company to form Raytheon Technologies that is globally known for making weapons, guided missiles, and missile defense systems. The United Technologies Corp located in Farmington, Connecticut is a large military contractor getting about 10 percent of its revenue from the U.S Federal by providing them with aircraft engines, helicopter fuel cells, and aerospace systems. The company gained more than $910 million from manufacturing a gas turbine, jet engine aircraft, maintenance, and repair of gas turbines and other aircraft needs.

BAE Systems is a British company known for its advanced defense technology that protects people and national security and keeps critical information and infrastructure secure. Despite being a British company, BAE Systems had several contracts with the U.S government.

Northrop Grumman Corp is also a defense company dealing in aerospace and military technology. It makes weapons, missiles, ammunition, and explosives. The company builds military planes such as the B-2 strategic bomber and unmanned air vehicles such as the RQ-5 Hunter.

McKesson Corporation, a pharmaceutical distributor and health care information technology company based in Irving Texas. U.S Government undergoes a contract spending with McKesson Corp for about $3.8 billion that was used for drugs and biologicals. During this time of the pandemic, McKesson Corp is one of the contractors of the United States Government which centralized the distribution of frozen and refrigerated Covid-19 vaccines. The organization is not just assisting the United States with their medical needs, their presence was also felt and spread throughout the market of Canada and parts of Europe.

The Oshkosh Corp was formed in 1917 in Oshkosh, Wisconsin, and is most known for its four-wheel-drive system, which provided people the courage and confidence to explore places they never imagined they could.  For nearly 80 years, Oshkosh has served for the United States Department of Defense, allowing them to become the top supplier of heavy and medium payload tactical vehicles.

The majority of the company’s contract arose from the U.S Army. However, the Department of Defense has been responsible for the company’s biggest contract ranging from $125 million to $900 million in late 2011.

Leidos is a technology integrator company that drives a nation’s digital transformation. IT modernization, high-end solution engineering, and mission solutions are among the services offered by the organization in the defense, space, civilian, and intelligence sectors.

The company’s goal is to empower and advance the future of the federal state. Having its great understanding of the existing technologies, Leidos Corp. wanted to integrate their best to deliver innovative, effective, and enhanced nation and citizen’s life. The organization is involved in almost all technology needs, from robotics, tsunami warning systems, and even cancer research.

By leading the company, current chairman and CEO Phebe Novakovic helped the general dynamics to have $37.9 billion global sales and over one hundred thousand full-time employees in the year 2020.

How to become a government contractor?

There are hundreds of contracting companies in the United States, most of them involve defense systems, research, and technology. In this article, we listed down the biggest and the most popular companies that work consistently with the federal government. The process of being a government contracting company may differ depending on what state the company is located in. Each country has different processes and procedures to become a registered government contractor.

To give you a synopsis, you need to:

These procedures may sound easy yet this will take time to accomplish. But don’t panic; the US Small Business Administration offers one-on-one counseling, training courses, and matchmaking opportunities with government purchasers, as well as other management and technological support, to assist small businesses in growing socially and economically.