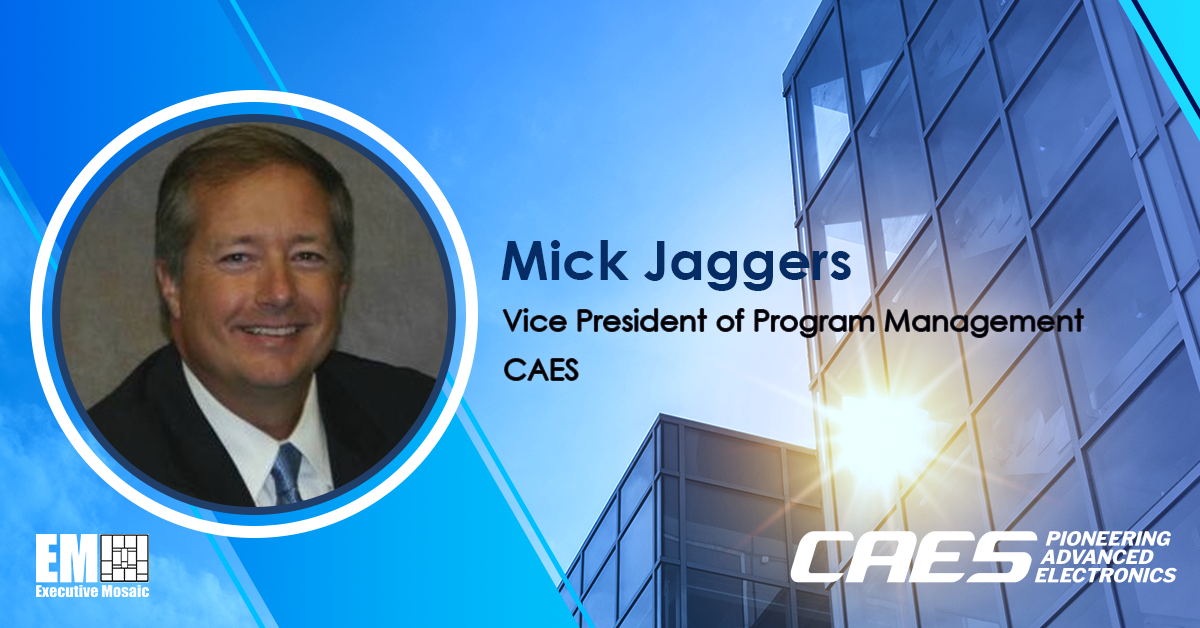 Mick Jaggers, a nearly 15-year veteran of Northrop Grumman (NYSE: NOC), has joined CAES to serve as vice president of program management at the Arlington, Virginia-headquartered aerospace and defense contractor.

In a LinkedIn post Tuesday, he shared his transition from serving as a Northrop VP to joining the CAES team and organization.

Jaggers worked on several unmanned programs for Northrop’s aerospace systems segment and held various roles of increasing responsibility within the company, including as director of special programs.

He was promoted to VP and program manager of Northrop’s Global Hawk unmanned aircraft system in 2015 and most recently worked as the company’s Advanced Technology Development Center VP.

Jaggers served in the U.S. Air Force for 20 years and was assigned as the F-15E division commander for operational test and evaluation at Nellis Air Force Base, Nevada.

Thomas Kennedy, former executive chairman of Raytheon Technologies (NYSE: RTX), has been appointed to the board of directors at Textron (NYSE: TXT). Textron said Wednesday the 38-year industry veteran and former Air Force captain will start his role as a board member of the Providence, Rhode Island-based conglomerate on Jan. 1. He previously led Raytheon
Sponsor