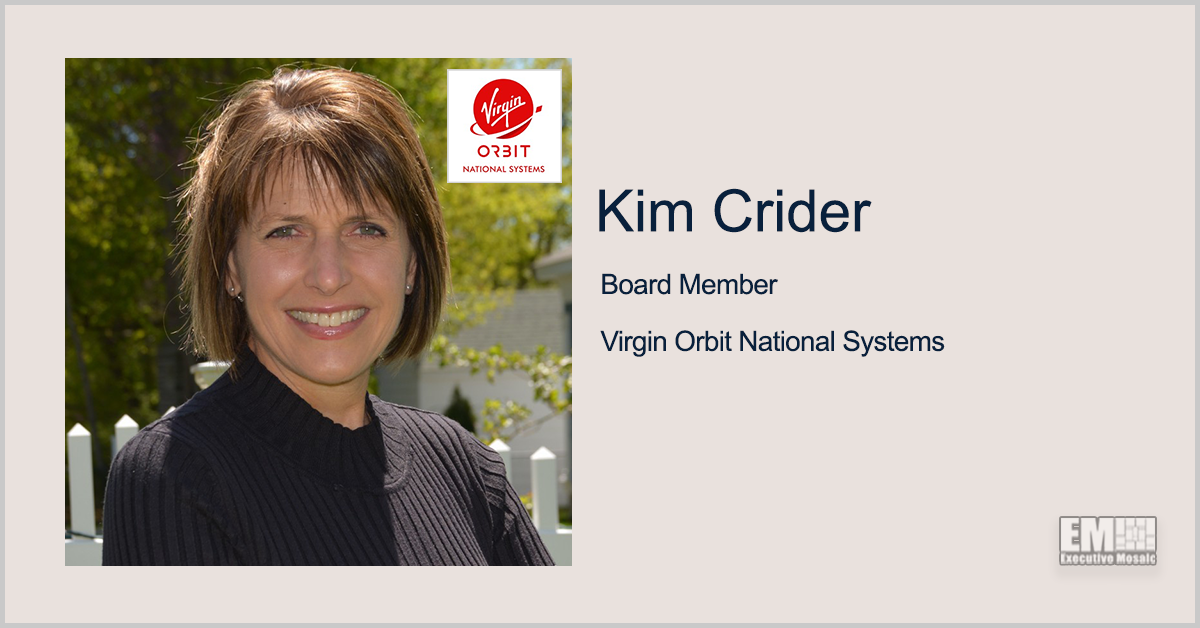 She joins two other USAF veterans on the board of Virgin Orbit National Systems, the small satellite launch provider said Thursday.

Her 35-year military career included roles as chief technology innovation officer at the U.S. Space Force and as chief data officer at USAF.

Baird added that Crider will aim to help the company position itself to serve as a mission partner for national security organizations.