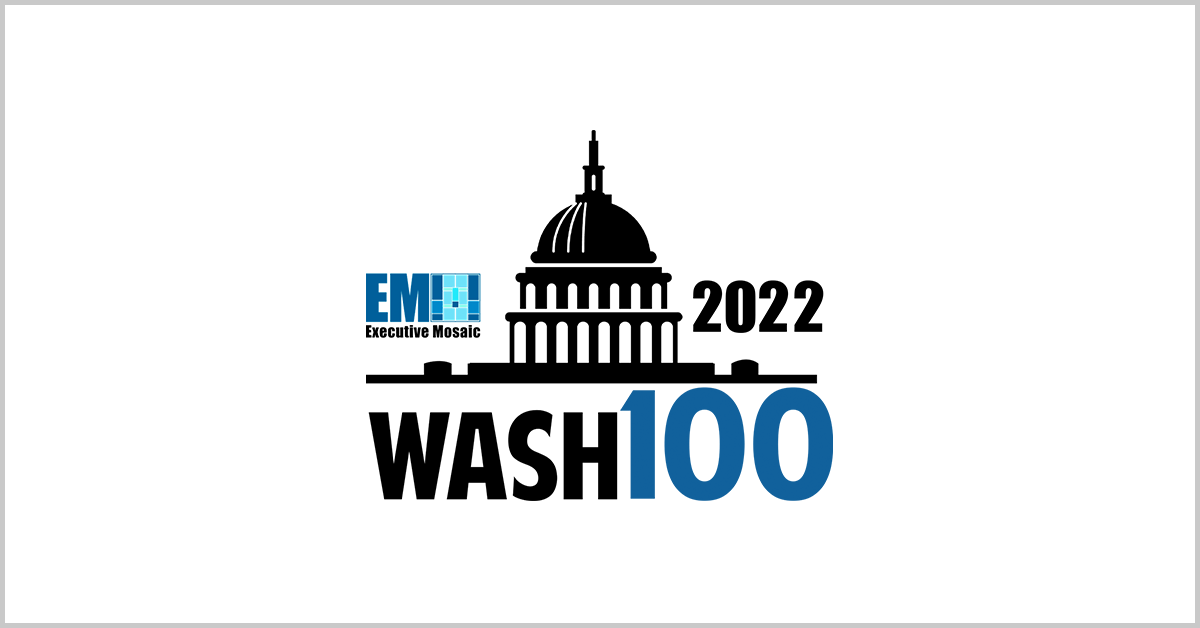 Executive Mosaic’s ninth annual Wash100 award selection was officially announced Wednesday to recognize 100 leaders from the worlds of government, industry and academia who have made noteworthy contributions to their organizations and the government contracting sector.

The Wash100 is the premier class of business executives, agency officials and thought leaders regarded by Executive Mosaic as the most significant contributors to GovCon activity.

Half of this year’s class are currently at the helm of private sector organizations at the corporate or business unit level. They are responsible for steering their business strategy to grow and sustain operations in line with commercial market trends, federal spending priorities and government policies amid the pandemic.

Among industry executives who hold the title of CEO, president or both, only one leader has been selected for all nine classes of the Wash100: Roger Krone, a more-than-four-decade industry veteran who has led Leidos since July 2014.

This year also marked the entry of 32 public and private sector leaders into the Wash100 as first-time inductees for their contributions to the GovCon space.

Wash100.com displays this year’s complete list of highly esteemed individuals in the GovCon sector and a banner button to “Vote” up to 10 leaders of consequence from both the public and private sectors.