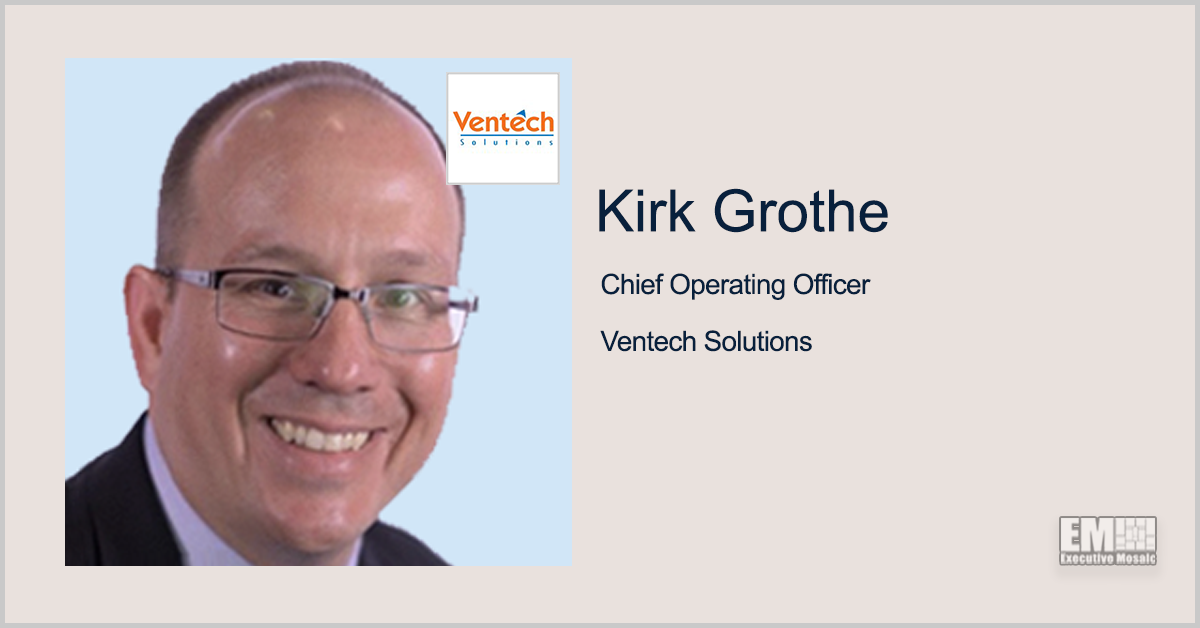 Grothe joined Ventech in April 2019 as VP for government solutions and joined the company’s SVP ranks two months later, according to his LinkedIn profile.

From 2011 to 2015, he worked held director roles at the Centers for Medicare and Medicaid Services.

Columbus, Ohio-based Ventech offers technologies and services to the government sector in program areas such as cloud and cybersecurity.