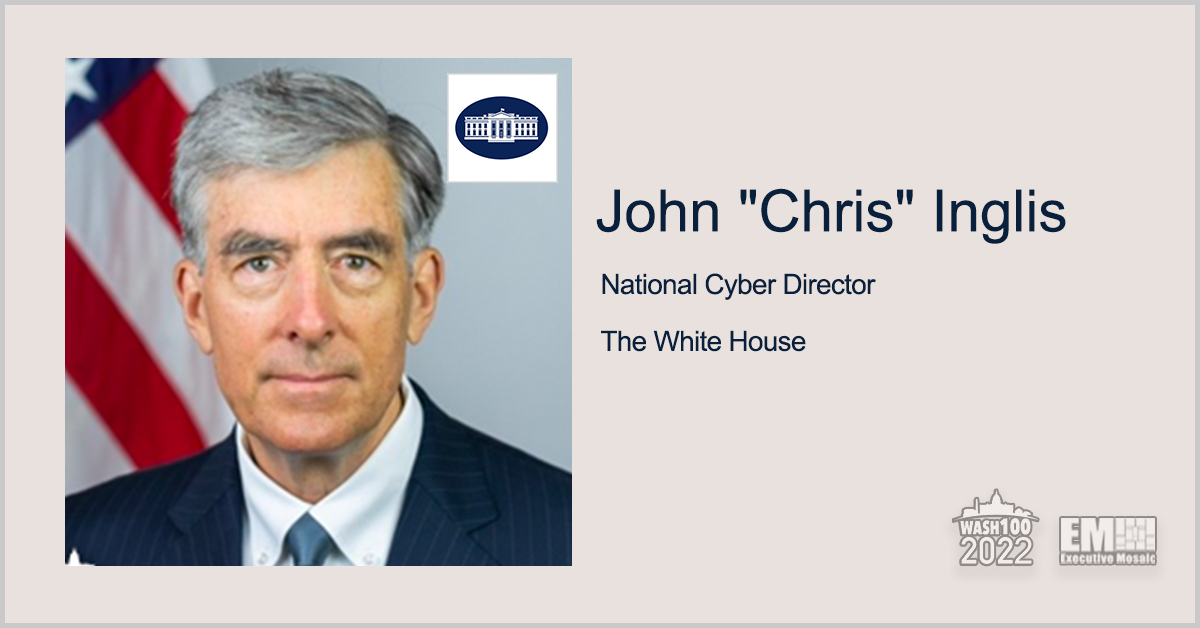 On Thursday, the country’s first National Cyber Director Chris Inglis spoke on the essential components of viable digital ecosystems, the implications of recent cybersecurity legislation and executive orders from the White House and the effort to accelerate software security in his keynote address to the Potomac Officers Club’s virtual forum on digital currencies as the topic exponentially expands its footprint in U.S. and international governments as well as commercial sectors.

The platform’s Digital Currency and National Security Forum acted as a hub for cryptocurrency experts, federal government representatives, virtual asset thought leaders and industry officials to collaboratively discuss some of the most pressing and urgent challenges related to the emerging global digital economy, the implications of crypto in critical national security issues and the role of digital currency in the future of value transfer.

Following an introduction from Tom Afferton, president of Peraton’s cyber mission sector, keynote speaker Chris Inglis delivered exclusive insights from the public sector on how the burgeoning Office of the National Cyber Director is working to implement cyber policy strategy, improve federal coherence and partner with the private sector in the defense of critical infrastructure.

If you missed Thursday’s event, visit PotomacOfficersClub.com, where you can watch the Digital Currency and National Security Forum and other GovCon sector events on-demand now.

Chris Inglis, an inductee into Executive Mosaic’s Wash100 list for 2022, was confirmed as the inaugural occupant of the nascent Office of the National Cyber Director in June 2021, after last year’s National Defense Authorization Act called for the creation of a cyber czar within the executive branch.

Inglis mentioned that although the office is currently in the build-out phase, after receiving its budget only six weeks ago in December 2021, he expects that the office’s 25-person staff base will triple by year’s end. The office’s current focus, with that growth in mind, is how it can “add value to the effort of accomplishing a truly coordinated whole-of-nation cybersecurity and threat response,” according to Inglis.

Along this mission goal, Inglis highlighted true public-private collaboration, not merely division of effort, as one of the four key outcomes that will drive the accountability placed on his office.

“We will protect privacy and proprietary interests, but at the end of the day, a collective defense requires it such that if an adversary is going to have to beat all of us to beat one of us, it means that we have to have some degree of professional intimacy between us,” he shared, emphasizing the importance of close partnerships between government and industry.

In 2020, the attorney general’s Cyber Digital Task Force published a cryptocurrency enforcement framework that is now widely relied upon and cited as a comprehensive outline of key challenges, but Inglis said the more important and urgent conversation in this regard is ensuring a more comprehensive understanding of new and emerging advanced technologies throughout federal and industry organizations.

“The key point here is that by fully understanding the technology, the government and the private sector can choose the design that best fits a particular purpose, balancing security and coherence that comes from centralized understanding, and sometimes control, with the convenience and opportunity of sharing data directly without interference between institutions and individuals,” Inglis shared.

He noted that with most new technologies, future uses and abuses are yet to be uncovered, but the most significant guiding question in this exploration is “not whether the technology in and of itself is a good thing or a bad thing.” He said, “The question is what’s the appropriate application of the technology for what purpose applied, in what way, and with what safeguards.”

Extensive research, Inglis mentioned, is still needed in these technologies to find their relevant applications. “Despite the blockchain hype, U.S. adoption, especially by the government, has been slow and can still be characterized as nascent, as organizations have been exploring a variety of use cases for which distributed ledgers would be an appropriate solution,” said Inglis.

However, Inglis pointed to a recent White House meeting of open source software executives as a key step in illuminating these technological challenges and identifying ways to address them.

“The final output of that meeting is forthcoming, but I’m happy to share some of the much-needed work identified by the summit is already underway in various corners of the U.S. government and the private sector,” he revealed.

Brig. Gen. Charles Parker, deputy director of J6/Joint Staff and chair of the Department of Defense’s Joint All-Domain Command & Control Cross Functional Team, will keynote the event to share how military and defense branches are targeting data unification as a key strategy in the country’s offensive hybrid warfare capabilities in contested environments.

On Thursday, the country’s first National Cyber Director Chris Inglis spoke on the essential components of viable digital ecosystems, the implications of recent cybersecurity legislation and executive orders from the White House and the effort to accelerate software security in his keynote address to the Potomac Officers Club’s virtual forum on digital currencies as the topic
Sponsor