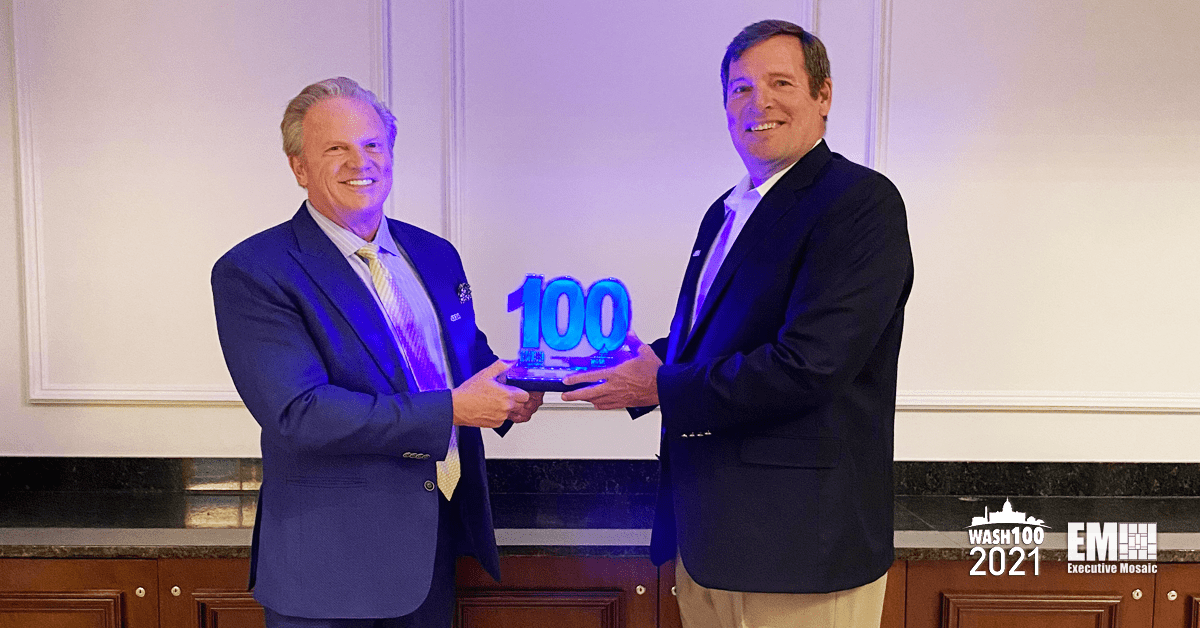 Anthony Robbins, vice president of the federal business at NVIDIA, was presented his fourth Wash100 Award, the highest honor in all of government contracting (GovCon), by Executive Mosaic CEO Jim Garrettson during a 4×24 membership dinner on Tuesday evening.

“Those that know Anthony Robbins recognize that he is a larger than life magnetic personality who can uniquely shoulder the weight required to support the parabolic success that NVIDIA has experienced in the federal marketplace,” Garrettson said.

“Anthony has frenetically driven the rapid adoption of NVIDIA’s technology and products to advance our nation’s embrace of artificial intelligence, strategically align with key integrators, educate our legislators and accelerate our nation’s DoD’s adoption of game-changing edge capability.”

This marks the third straight year that Anthony Robbins has been recognized as a Wash100 winner and the fourth overall time since his first win in 2016. Executive Mosaic recognized Robbins for his 2021 Wash100 Award for demonstrating true leadership and for his significant contributions to the advancement and development of artificial intelligence capabilities and transformation in the federal sector.

“[AI] is the largest technology transformation that the federal government has ever undertaken,” Robbins said in a December 2020 interview. “And [there are] compelling reasons why it is so big, why it is so now, and why the government has to go much faster.”

Over the course of 2021, Anthony Robbins has been one of the strongest advocates for AI ethics and development in the federal government and across industry. Previously, Robbins had cited data, infrastructure, talent and use cases as key components of technology transformation initiatives surrounding AI and machine learning.

For instance, Robbins pointed to predictive maintenance and humanitarian assistance as examples of artificial intelligence applications at work within the Department of Defense. He added the technology has potential uses in various industries such as the defense, transportation and health care sectors.

Robbins also broke down the importance of AI adoption as federal agencies continue to expand their capabilities heading into 2022. After the U.S. Postal Service implemented an edge artificial intelligence system, on the NVIDIA EGX platform, to help speed up the tracking packages process, he said the following:

“The federal government has been for the last several years talking about the importance of artificial intelligence as a strategic imperative to our nation, and as an important funding priority,” Robbins said. “And this is one of the few enterprise-wide examples of an artificial intelligence deployment that I think can serve to inspire the whole of the federal government.”

Executive Mosaic congratulates NVIDIA and Anthony Robbins for his fourth Wash100 Award win, as well as his significant contributions to AI implementation and innovation in 2021. His leadership and drive for innovation have established Robbins as one of the most important voices for the future of AI development heading into 2022 and beyond. 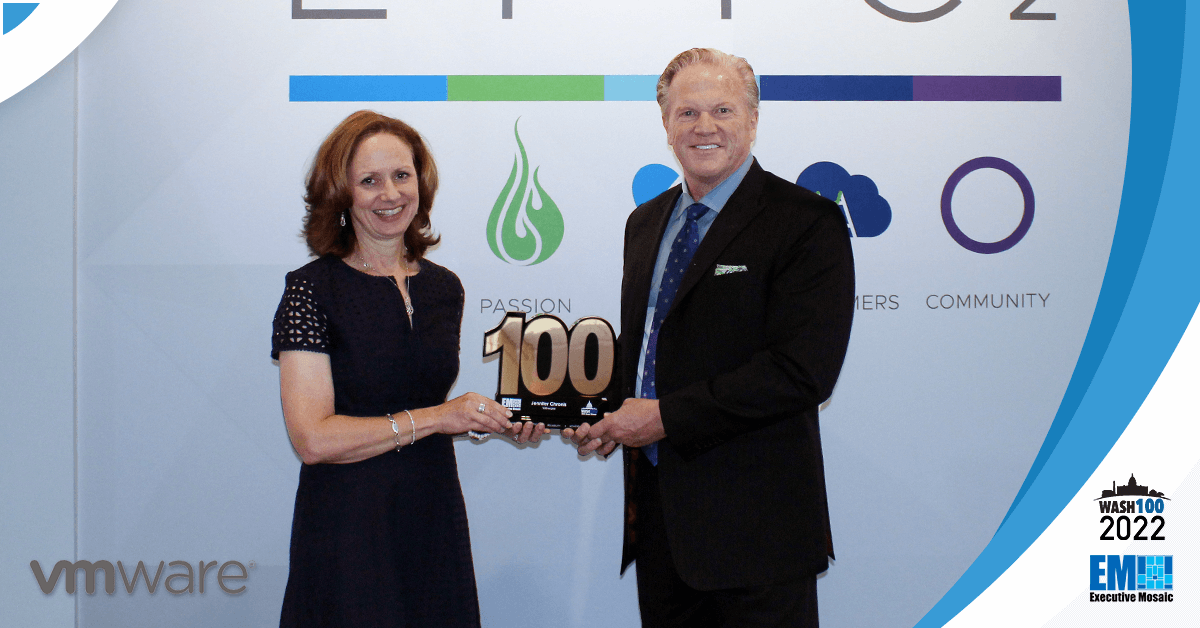 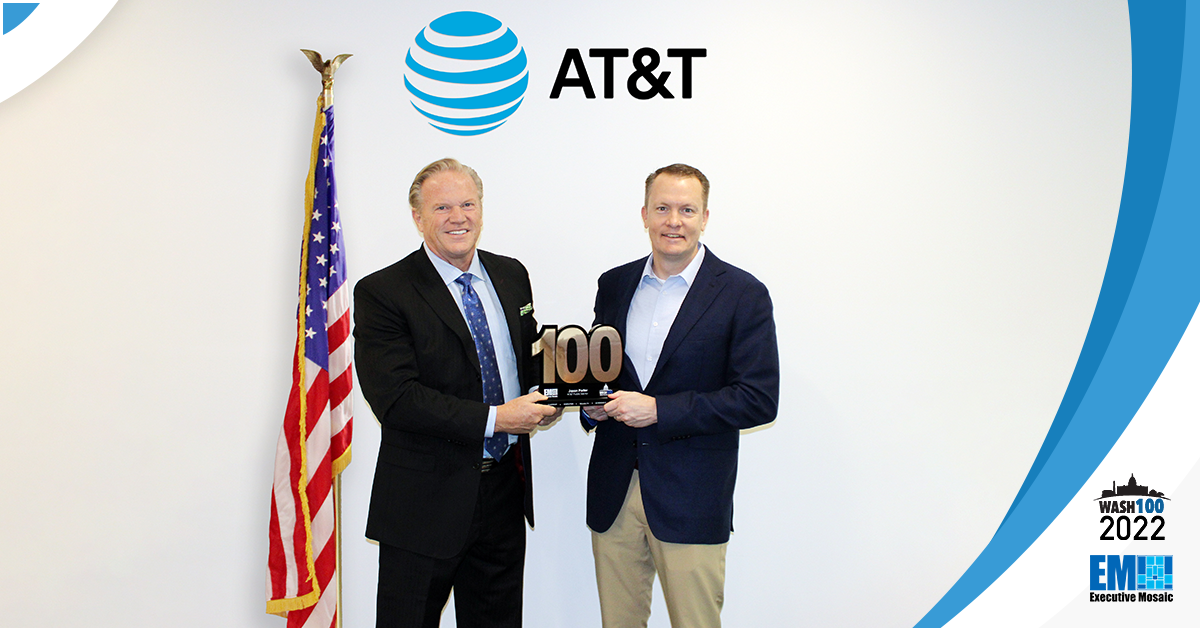 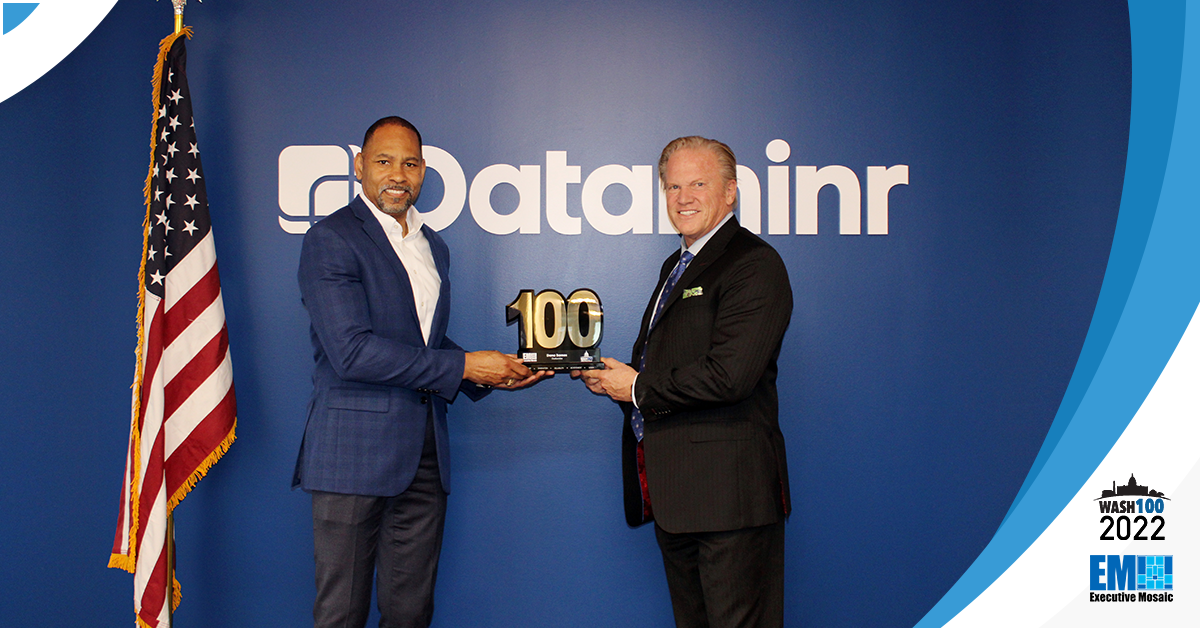 Dana Barnes, president of the government business at Dataminr, was presented with his 2022 Wash100 Award, the most prestigious award in government contracting (GovCon), by Executive Mosaic CEO Jim Garrettson during a recent visit to the company’s office in Arlington, VA. Executive Mosaic is proud to recognize GovCon Expert Dana Barnes as a two-time Wash100 Award recipient, for his
Sponsor