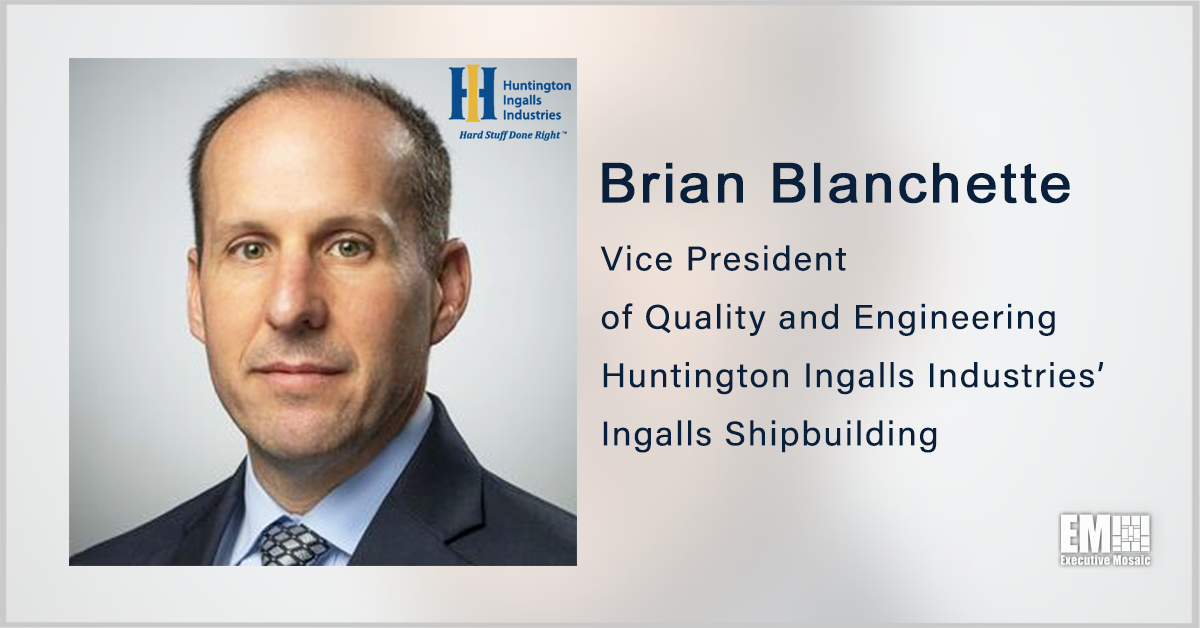 The company said Thursday Blanchette will succeed Dave Belanger, who is retiring in July after more than a decade of working at Ingalls Shipbuilding, and will manage and supervise the HII division’s quality program.

Blanchette’s other responsibilities in his new role include oversight of ship design and engineering as well as management of integrated logistics support. He will also be tasked to drive planning yard engineering initiatives.

Commenting on Blanchette’s promotion, Ingalls Shipbuilding President Kari Wilkinson underscored the new VP’s focus on performance and his 25-year experience at the division serving a variety of roles.