The U.S. Navy has continually worked to decentralize, differentialize and digitize the service branch’s work as well as develop its talent in the field. As the Navy continues to evolve to meet the growing demands, challenges still remain.

Join GovConWire’s Navy: IT Transformation Forum to hear notable industry and federal leaders discuss the initiatives, efficiencies and challenges the service branch faces. Aaron Weis, chief information officer of the U.S. Navy and 2021 Wash100 Award recipient, will serve as a keynote speaker during the event to discuss the influence of emerging technologies, upcoming budgets and funding, and cybersecurity initiatives that will enable the Navy to become more effective in warfare.

To register for the Navy: IT Transformation Forum, as well as view upcoming opportunities, visit GovConWire’s Event Page.

Weis recently reported that the U.S. Navy’s networks are “holding us back” and exacerbating information leaks through the defense industrial base (DIB) and direct exfiltration. To address these information technology (IT) challenges, the Navy will work to develop a “single, unified transport layer” to streamline information sharing between the Navy and Marine Corps.

He added that implementing cloud-based environments suitable for modern applications and shifting cybersecurity approaches will help the service branch focus on iterative protection efforts. According to Weis, his office is working to “defend our information wherever it is.”

“Whether it’s at rest, whether it’s in training, whether it’s supply chain, defense, industrial base, you name it, we should be defending it in a way we’re not today,” he said.

Previously, Navy officials said that efforts to improve its IT procedures may manifest in reprogramming requests in the fiscal year 2021 budget. Additionally, the service has made progress in two areas when it comes to strengthening its cybersecurity posture and one of those is from a “defend” perspective.

Weis cited the need to change the service’s perspective on cyber defense. “I talk a lot about moving from this culture of security by compliance to a culture where we have security as a constant state of readiness, where we’re always assessing our own readiness from a cybersecurity perspective,” Weis added.

He commented on the Navy’s complete reassessment of its risk management framework. “They’re refining and retuning RMF to be more responsive to reflect current state and to be able to be a more consistent indicator of risk management versus the one and done,” he said of the Navy.

Weis also offered updates on the service’s identity management pilot in conjunction with the Navy’s Enterprise Resource Planning system as well as on software-defined networking initiative and logistics effort, particularly the log IT systems portfolio.

Weis also noted that the Navy is transitioning to a zero trust framework to better protect and defend its networks from cyber threats. “It is an exciting time as priorities have shifted,” for how the Navy has advanced its information technology modernization efforts during the COVID-19 pandemic,” he said.

He added that the service will need time to reorganize its networks as it adopts the zero trust model and that the “defense in depth” model or building perimeter-based cyber defenses will continue to exist as the Navy begins the transition.

Hicks added that, as deputy defense secretary, she would want to have a Navy civilian leadership team in place. “There’s some really interesting operational themes that I’m attracted to: There’s a focus on increasing use of autonomy, there’s a focus on dispersal of forces and there’s a focus on growing the number of small surface combatants relative to today,” Hicks said.

The Navy has accelerated acquisition channels, modernized emerging technologies and increased research and development to become more effective in warfare. GovConWire’s Navy: IT Transformation Forum to hear notable industry and federal leaders discuss the initiatives, efficiencies and challenges the service branch faces as well as how to join together to improve the future of warfare.

To register for the Navy: IT Transformation Forum, as well as view upcoming opportunities, visit GovConWire’s Event Page. 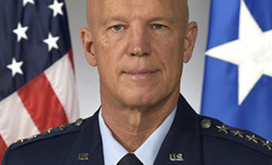 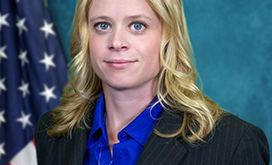 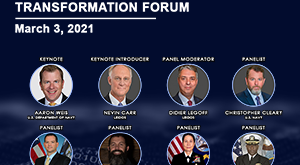 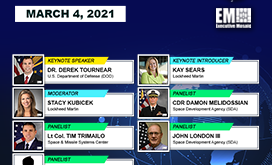 Since its inception in 2019, the Space Development Agency (SDA) has continually worked to develop … 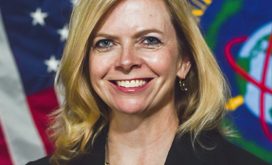