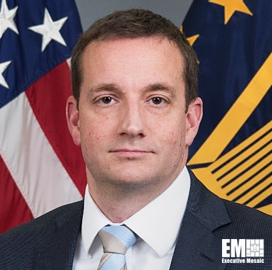 Peter Ranks, former deputy chief information officer for information enterprise at the Department of Defense, has left DoD for a role at the Central Intelligence Agency where he will support cloud procurement, Federal News Network reported Tuesday.

Ranks, who worked for over two decades at CIA before joining the Pentagon, returns to the intelligence agency to help run the Commercial Cloud Enterprise or C2E program that aims to procure cloud products and services.

“Under his leadership, we’ve made great advances in execution of the DoD Cloud Strategy and development of the software modernization approach while supporting the entirety of the DoD workforce with remote work capabilities during the pandemic," Dana Deasy, DoD's CIO, said about Ranks.

IMT Defense has received a potential five-year, $391 million contract from the U.S. Army to produce, inspect, package and supply metal parts assemblies for 155mm M795 artillery projectiles. The Army Corps of Engineers in Newark, New Jersey, is the contracting activity and received one offer for the firm-fixed-price contract, the Department of Defense said Tuesday.
Sponsor