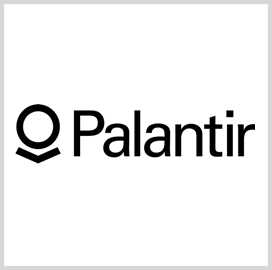 Palantir Technologies (NYSE: PLTR) has received a contract to provide a prototype for the U.S. Army’s network design experimentation effort and help the service modernize its mission command capabilities.

The company said Wednesday it will configure its commercial platform for data management to support experimentation for the Army's network modernization technology set – Capability Set 23 – and help the military branch evaluate how data fabric and security tools could help improve command and control, situational awareness and collaboration with joint and allied forces.

Palantir will integrate its Gotham software with the Army’s Command Post Computing Environment software application as part of the prototype effort, which is being carried out by the service’s Network-Cross Functional Team and Program Executive Office – Command Control Communications Tactical.

“We’re excited to partner with the N-CFT, and the PEO-C3T, on this important mission to modernize the Army’s Mission Command capabilities,” said Doug Philippone, global defense lead at Palantir.

The prototype contract has two phases and the initial phase will focus on the integration and testing of the prototype in an Army laboratory. The second phase will involve user touchpoints and collection of soldier feedback to facilitate the evaluation and deployment of the platform.

Palantir Technologies (NYSE: PLTR) has received a contract to provide a prototype for the U.S. Army’s network design experimentation effort and help the service modernize its mission command capabilities.

BAE to Provide Army With 5 Armored Vehicle Variants for $383M