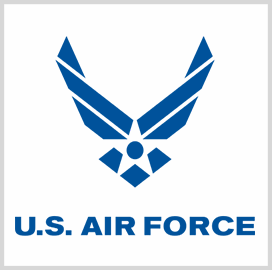 The U.S. Air Force plans to launch a competition for a potential $953M single-award contract to support the integration, maintenance and operations of air base air defense initiatives of the U.S. Air Forces in Europe – Air Forces Africa.

Those capabilities include systems integration services, operations and maintenance and procurement of sensors, directed energy, kinetic weapons and other emerging technologies across AFRICOM and EUCOM AORs.

The ABAD IDIQ contract will provide cross-domain base defense capabilities that increase survivability, base security and defense posture and deterrence and engagement options. It also aims to improve the interoperability of systems with U.S. allies, promote global security and stability and support the country’s freedom of movement, according to the performance work statement.

The ABAD initiative will be implemented in three phases and the initial phase covers support for ABAD development at the Ramstein Air Defense Systems Integration Laboratory. The second phase focuses on the development and creation of a permanent ABAD capability for the Ramstein Air Base in Germany, while the final phase covers the construction, operation and maintenance of systems for air defense of bases throughout EUCOM and AFRICOM AORs.

The service expects to release a request for proposals on Dec. 9. Offerors should watch out for additional clauses in the RFP related to the Cybersecurity Maturity Model Certification requirement, which could be implemented by Nov. 30.