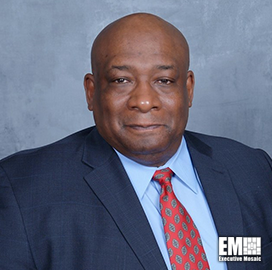 Cohen Group has appointed LTG Charles Hooper of the U.S. Army (Ret.) as a Senior Counselor, the company reported on Monday. In his new role, he will provide strategic guidance and active assistance to the firm's clients.

"General Hooper is not only an esteemed military leader, but also a gifted statesman who has helped strengthen our relationships with allies and partners around the world," said Bill Cohen, chairman and CEO of The Cohen Group.

Prior to joining the firm, Hooper served in the military for four decades. Most recently, he served as director of the Defense Security Cooperation Agency (DSCA), where he was responsible for the sale of all U.S. weapons, military equipment, support services and training packages to foreign governments.

In the position, he supervised 20 thousand people globally and over $50 billion in annual sales. Hooper also developed relations with officials from allied nations globally.

His previous assignments include Senior U.S. Defense Official/U.S. Defense Attaché and Chief of the Office of Military Cooperation at U.S. Embassy Cairo, Director of Strategy, Plans and Programs at U.S. Africa Command, and Deputy Director for Strategic Planning and Policy at the U.S. Indo-Pacific Command. Hooper also completed two attaché assignments in Beijing.

"It is an honor and privilege to be working with him, and our clients will benefit greatly from his experience, knowledge, and guidance. We are excited to welcome him to The Cohen Group team," Cohen added.