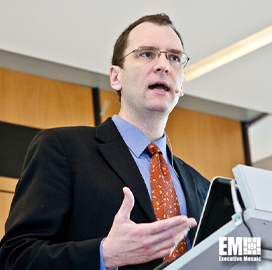 He has served in volunteer roles with SCIP, the Council of CI Fellows, Europe's Institute for CI, various collaborations in Greater China, and many other of Aurora's own initiatives connecting insights, analysts and tradecraft, with a concentration on the commercial and economic intelligence front.

During ArchIntel’s AI in Competitive Intelligence Virtual Event, Johnson will address how to remain competitive. AchIntel’s first event will analyze the competitive landscape as technology continues to evolve.

As competition rises across the public and private sectors, it is critical that businesses adapt to the shifting market. The notable leaders featured during ArchIntel’s virtual event will dissect how businesses can maintain a competitive advantage through integrating emerging technologies into their organizations and offerings.

ArchIntel, a leading provider of concise actionable open source market and competitive intelligence (CI) reports to business leaders across the federal sector, has released “Competitive Artificial Intelligence: The Crossover Point,” the platform’s latest white paper discussing the influence that artificial intelligence (AI) is having on the future of the CI landscape.  The full white paper 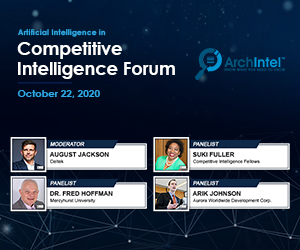 ArchIntel's AI in Competitive Intelligence Virtual Event on Oct. 22nd featured an expert panel, with notable competitive intelligence (CI) practitioners from across the marketplace, to discuss how the competitive marketplace has shifted with the influx of emerging technologies, such as artificial intelligence (AI) and machine learning (ML). If you missed the event on October 22nd, you can still access the OnDemand version by visiting ArchIntel Events. 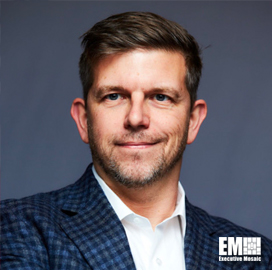