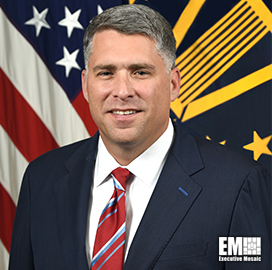 He will oversee multiyear strategic planning efforts to help expand the company’s capabilities to deliver novel platforms to defense and commercial clients.

Baum most recently served as acting deputy assistant secretary of defense and principal director of industrial policy at DoD. He was director of the office of commercial and economic analysis at the U.S. Air Force and served in the U.S. Army as a commissioned officer.