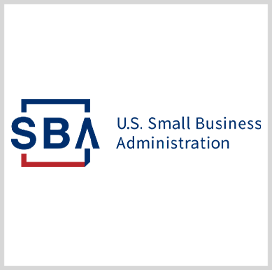 "The SBDC Advisory Board has played an important role for 30 years in the SBDC program … With their knowledge of the challenges business owners face and the policies governing small firms, these tested entrepreneurs and leaders will play a key role in helping to foster stronger local economies and expanding outreach to underserved communities," said Carranza.

The SBDC Advisory Board is appointed to advise, counsel, and confer with the Associate Administrator of the Office of Small Business Development Centers in carrying out the SBDC program under Section 21 of the Small Business Act.

Kristen Bailey: Co-Founder and CEO of Sweets and Meats BBQ

Bailey, owner of Sweets and Meats BBQ in Mount Washington, is Small Business Administration’s 2019 Ohio Small Business Person of the Year. Bailey’s relationship-driven business strategy has helped her grow business sales from $42 thousand to a projected $440 thousand in 2019.

Bailey was accepted into MORTAR, an SBA-sponsored business accelerator, where she was able to develop a loan package that helped attract a lender suited for her and her business. Her business qualified for an SBA-backed 7(a) loan in 2018, which enabled her to build Sweets and Meats.

Peterson is an American politician serving on the Arizona Corporation Commission since 2019. Peterson was appointed by Governor Doug Ducey to replace Andy Tobin following his appointment as Director of the Arizona Department of Administration. Peterson was also a 2018 candidate for Arizona's 2nd Congressional District in the U.S. House.

Peterson received her undergraduate degrees in Marketing and Entrepreneurship from the University of Arizona, and her Masters in Business Administration from Pepperdine University. From 2009 to 2018, Peterson served as CEO of the Tucson Hispanic Chamber of Commerce.

Louis Foreman is founder and Chief Executive of Enventys, an integrated product design and engineering firm. He is also CEO of Edison Nation. Louis graduated from The University of Illinois with a Bachelor’s of Science degree in Economics.

Over the past 20 years Louis has created 9 successful start-ups and has been directly responsible for the creation of over 20 others. A prolific inventor, he is the inventor of 10 registered US Patents, and his firm is responsible for the development and filing of well over 500 more.

For the 2019-2020 session, senator Thompson has served on the Veterans, Military, and Homeland Security committee as the chairman. Over the past 4 years, he chaired study committees on cybersecurity. He introduced several pieces of cyber related legislation and is credited with fighting to get Georgia positioned to secure Cyber Insurance for the state agencies.

Thompson also serves on the Banking and Financial Institutions committee as the Secretary, the Finance committee as a Sub-committee Chairman, and Appropriations.

Cabrera Morris is negotiator, expert strategist and highly experienced business and government leader. She started her career in banking and finance, where she served as advocate for the public. With the Orange County Public School System, she was involved with planning and research as it relates to growth management within the school district.  She then served as the assistant to the Chairman of Orange County, in the capacity of assistant for Community Affairs.

Over the last two years, Kwitek has spent years as an inventor. Kwitek helped patent various products, including a soft, ergonomic pen grip, which has been licensed by Pilot, Pentel, and other pen companies. He has also created electronic devices licensed by Dell, Sony, and Lenovo.

"We are delighted to welcome new board members who bring with them a strong business acumen and extensive knowledge to the SBDC Advisory Board," Carranza concluded.