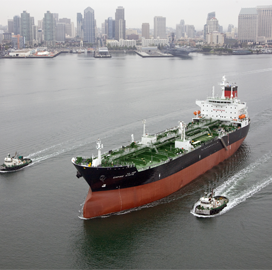 The command received two offers for the firm-fixed-price contract via a competitive procurement on FedBizOpps and obligated $26.4M iat the time of award.

DoD expects contract services to complete by July 2025. The contract contains one base year, three one-year options and an additional 11-month extension period.

The M/T Empire State ship is part of APT's fleet of medium-range, Jones Act-qualified tankers that are designed to transport up to 330K barrels of cargo.

SOS International has opened a facility that will offer information support to the public and private sectors on international security-related topics such as intellectual property, foreign military affairs and cybersecurity. The Center for Intelligence Research and Analysis uses open-source technology, software and data-as-a-service platforms from SOSi’s Exovera subsidiary, the company said Thursday. CIRA also employs