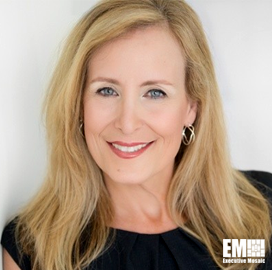 She has supported programs for government customers such as the departments of Veterans Affairs and Health and Human Services.