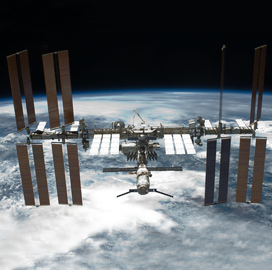 NASA intends to launch a full and open competition for commercial entities interested in supporting an agency requirement to send an astronaut to the International Space Station via a short duration flight opportunity.

The agency said Wednesday it aims to secure a seat on a private space transport mission as part of efforts to maintain U.S. presence in low-Earth orbit as the agency and ISS partners work on human spaceflight applications for the commercial market.

The ISS single flight opportunity is projected to occur no later than 2024 for a duration of 15 to 30 days.

ISS serves as the sole venue for research on microgravity effects and other scientific applications significant to the Artemis program, NASA's effort to revive manned space exploration.

NASA's private astronaut missions for the LEO economy plan could include research and data collection activities.