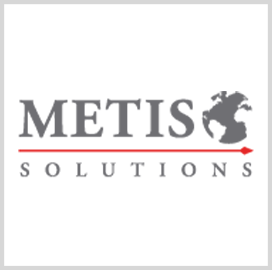 Metis Solutions will continue to help the Department of Defense and law enforcement agencies analyze threat finance intelligence under a potential five-year, $150M task order from the DoD deputy assistant secretary for counternarcotics and global threats.

According to Metis, it will extend CTF support services to the U.S. Navy's Office of Naval Intelligence as well as the Northern Command, Southern Command and Indo-Pacific Command.

“We look forward to continuing our efforts with existing combatant commands and adding new commands to work with, so that we can strengthen the U.S. government’s ability to counter illicit finance networks across the globe," said Charles Whitaker, a Metis executive vice president.

The award comes on the heels of the Arlington, Va.-based contractor's acquisition of intelligence services provider Pluribus International.

Founded in 2010, Metis provides intelligence and security operations, program management and tactical and operational training services to the government sector.