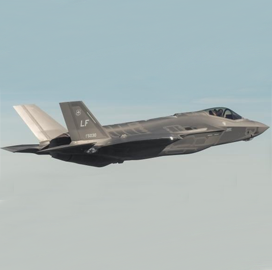 Lockheed Martin (NYSE: LMT) has secured a $25M initial contract to develop a digital system for fighter pilots to defend against jamming and spoofing threats as part of the F-35 Block 4 modernization effort.

The company said Tuesday it will replace the aircraft's antenna electronics unit with the GPS Spatial Temporal Anti-Jam Receiver under the engineering and manufacturing development contract.

GSTAR is designed to have a radio frequency front end circuit, a beamforming system and a receiver built to function in various threat scenarios.

According to Lockheed, it has deployed more than 2,500 GSTARs and the system offers digital electronic protection for GPS-based platforms.