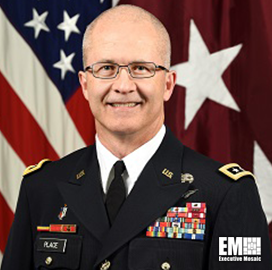 Place previously served as interim assistant director for health care administration at DHA and head of the National Capital Region Medical Directorate. He also directed the Intermediate Management Organization and managed the transition of medical center operations to DHA.

He also led military surgical operations in Afghanistan, Kosovo and Germany and penned more than 40 peer-reviewed pieces of academic literature. Place holds board certification in general surgery and colorectal surgery.