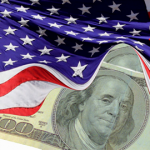 The White House and Congress have reached a deal that would suspend the debt limit until the end of July 2021 and raise federal spending over two years, The Wall Street Journal reported Monday.

The two-year budget deal worth more than $2.7T would increase federal spending by about $320B over a couple of years above budget caps set in the Budget Control Act of 2011.

“This was a real compromise in order to give another big victory to our Great Military and Vets!” President Donald Trump said of the agreement in a tweet posted Monday.

The report said House Speaker Nancy Pelosi (D-Calif.) and Treasury Secretary Steven Mnuchin were in talks for weeks in an effort to strike a deal before the lower chamber leaves on July 26 for an August recess. The Senate is set to go on recess on Aug. 2.

Pelosi and Senate Minority Leader Chuck Schumer (D-N.Y.) said in a joint statement that the deal, which needs to be cleared by both chambers of Congress and the president’s signature, increases domestic and defense spending.

The House and Senate will also need to clear 12 individual measures to avoid a government shutdown by the end of September, according to the report.