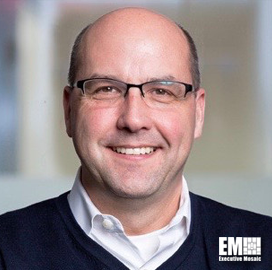 Peter LaMontagne, president and CEO of geospatial intelligence firm Quantum Spatial, has been appointed to ManTech International‘s (Nasdaq: MANT) board of directors.

LaMontagne, who also worked for ManTech as senior corporate vice president, previously served as CEO of Novetta prior to 2019 Wash100 award recipient Tiffanny Gates’ appointment to the role in March 2017.

He was named Novetta CEO in 2012 and oversaw the McLean, Va.-based firm’s operations as it transitioned to Carlyle Group in 2015.

Prior to his current capacity, LaMontagne spent over 20 years in various advisory and leadership roles at Parsons‘ OGSystems business, M33 Growth and Paradigm Solutions.

SOS International has opened a facility that will offer information support to the public and private sectors on international security-related topics such as intellectual property, foreign military affairs and cybersecurity. The Center for Intelligence Research and Analysis uses open-source technology, software and data-as-a-service platforms from SOSi’s Exovera subsidiary, the company said Thursday. CIRA also employs