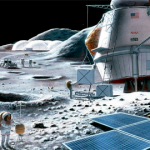 NASA has awarded $106M in total contract funds to 129 small businesses to further develop technology platforms that may help sustain human presence on the moon and Mars.

Each awardee has the opportunity to receive up to $750K over two years.

“Their innovations will help America land the first woman and the next man on the Moon in 2024, establish a sustainable presence on the lunar surface a few years later, and pursue exciting opportunities for going to Mars and beyond,” said Jim Reuter, acting associate administrator of NASA’s Space Technology Mission Directorate.

NASA selected the phase-two winners after a competitive evaluation process and said it will help fund the commercialization of resulting platforms in the third phase.