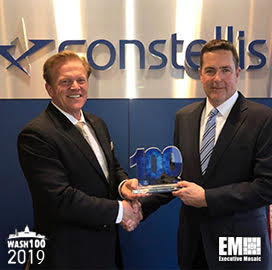 Executive Mosaic recognizes Reardon for his leadership and experience in the defense and intelligence industries creating organic growth for several companies. We are proud to present the most coveted award in government contracting to Reardon.

Reardon joined Constellis as CEO in August 2018. Previously, he was the president of defense and intelligence for Leidos beginning in August 2016. Reardon served Lockheed Martin in multiple senior executive roles for over six years. Earlier, he worked as an officer for the Central Intelligence Agency focusing on high priority national security issues.

On Monday, the House passed a $733 billion defense policy bill, by a 220 to 197 vote, for fiscal year 2020. The lower chamber’s 2020 National Defense Authorization Act is $17 billion less than the president’s budget request. Lawmakers are expected to meet in the coming months to reconcile the House NDAA with the Senate’s